Lords of Magic is a classic turn based adventure in a fantasy realm that is packed with eight very different factions. With each faction packed with unique heroes, units and spells it is a very fleshed out gaming experience that will keep you coming back to try a different method to achieve victory. 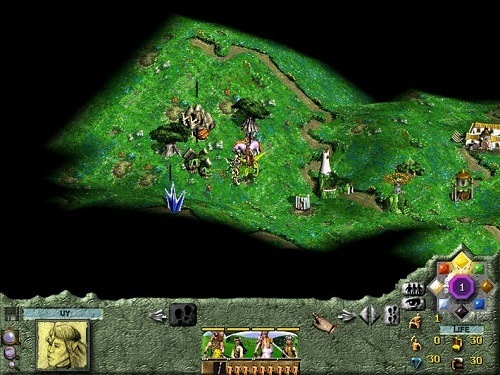 The game is set in the land of Urak where the people worship one of the eight available religions (factions). Now Balkoth, the lord of Death has raised an army to destroy all other fates that has the remaining factions scrambling to defend themselves or join Balkoth instead. Each faction has its own enemies in addition to Balkoth though with opposite religions being bitter enemies.

At the start of each game players will choose which faction they want to play as for the upcoming adventure. The style that each faction employs for victory is extremely varied, where one might rely on excessive numbers you’ll find its opposite preferring powerful hulking units instead. This is made more evident by the 100+ spells that factions even more unique from each other.

At the start of each game players will select between warrior, thief and mage which will be the class of your primary hero during the adventure. Each has a preferred playstyle from direct conflict, to casting powerful spells or gaining information from enemies. After this point you’ll pick your desired faith and be thrown into the map of Ura (known as the overland).

Each game players will start with their hero and a handful of units which must be used to reclaim your high temple from marauders and thus get access to your faction buildings for army recruitment. From this point you’ll move around the map to engage in battles and slowly wither opposing factions down. 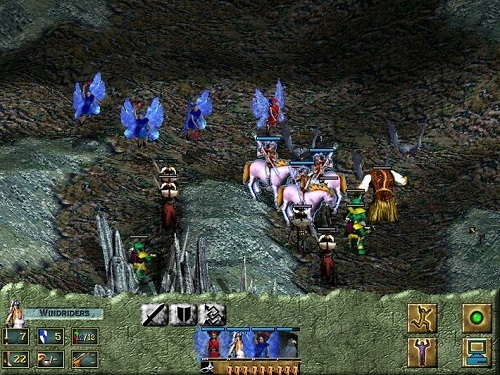 This is actually one of the most disappointing parts of Lords of Magic with some games being far too easy due to the poor enemy AI. The reverse can also hold true though with some games having your troops making poor attack decisions that can be frustrating.

If you have the ability to appreciate old games for what they were and look past the single game map and sometimes poor AI the deep variety of Lords of Magic will win you over.