Employing cute graphics that hide a difficult RPG is Lost Castle, a game with randomised dungeons to conquer and the typical range of rogue-like features to provide a dungeon crawling worthy challenge. You’ve got beat’ em up gameplay, hand drawn environments, lovable characters and a retro vibe in a single role playing package. 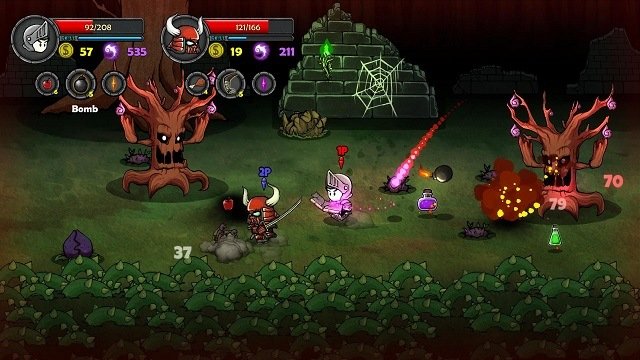 Surrounding this game package is your standard story of darkness that sees Castle Harwood once governed by wise nobles and the centre of happiness in the land now overcome by the darkness. Taking a dark turn when the earl’s evil magic opens a dark portal Harwood is now just a shadow of its former self, over run by demons and dark magic which the players combat with the massive number of weapons, items, and potions. With unclaimed riches within the castle encouraging adventurers such as yourselves along with the fame and glory of defeating evil players decide to go on a treasure hunting expedition into Castle Hardwood.

Supporting both local and online co-op for two players Lost Castle is focused around moving through the different environments filled with breakable objects, treasure chests, enemies, traps and side rooms which are all randomly generated. 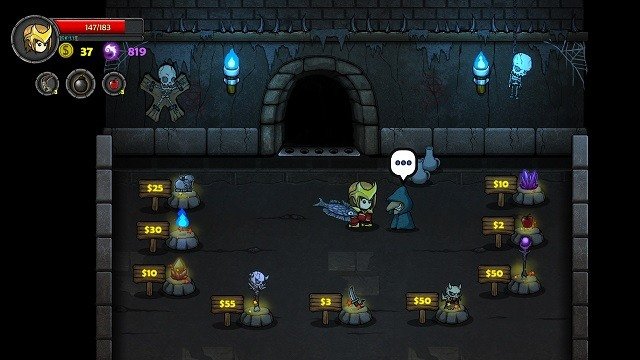 Killing enemies is refreshing whether it be your first game or 100th thanks to the 7 weapon types on offer that offer diverse strategies and the randomised weapon elements encourage you to try master them all. You’ve got the likes of bows, daggers, spears, staffs and muskets which all have different normal, combo, special, jumping and running attacks that have different damage and associated skills. In total there are over 150 individual weapons alongside a smaller pool of 50+ armour sets to equip to your castle exploring character.

On top of the random weaponry players will encounter coins, potions, food and combat items which will alter how you approach each run due to their randomised nature. Potions for example have close to 50 different effects with an even larger pool of treasures that can seriously alter gameplay be it more critical attacks, faster movements or resistances amongst others that require strategy variation. 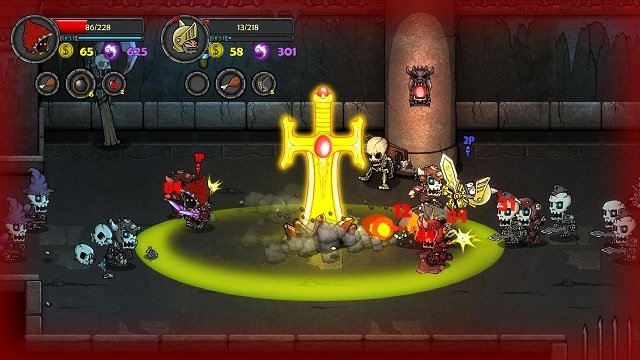 With the massive randomness Lost Castle can be a brutal game, especially since it already leans towards the harder end of the gaming scale which can in turn lead to some seemingly unbeatable randomisation. Borrowing the formula from Rogue Legacy it is an adventure that gets easier with each death though due to passive upgrades that you can earn as you play more and more. This is facilitated through the demon souls system which drop from enemies (more often bosses and larger enemies) and are spent after each death and passive upgrades to damage, defence, health and utility.

Games Finder is a Steam Curator and featured in the aggregate review scores data of MobyGames and Neoseeker.
FEATURED ON
Games Like Castle Crashers, Games Like The Binding of Isaac
LEAVE A REPLY Cancel Reply