Lost Magic offers a mixture of monster capture and real time strategy that is definitely unique and will appeal to fans of the Pokemon series looking for a game with a more active approach to gameplay. Lost Magic was published by Ubisoft and saw a release in 2006 (first in Japan and then other countries). 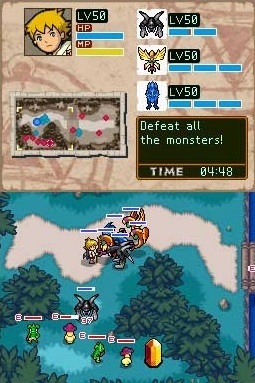 The game has been marketed as a mixture of role playing and real time strategy (and definitely delivers on its promises). Lost Magic has mostly been an overlooked game despite countless positive reviews from gamers and critics since its release. The focus of the game is definitely on the single player storyline but with the support of a Wi-Fi connection players can fight against each other.

Lost Magic uses two gameplay elements; the magic system which players use to cast spells with the stylus and monster capture, where players capture monsters to assist them in battle.

Players take on the role of a mage in the game world that relies on magical spells to dispatch enemies. To perform spells players must draw the appropriate runes on the DS touch screen with drawing accuracy playing an important role in the strength of the spell.

There are a total of 18 different runes in the Lost Magic universe which the player can eventually fuse together to create new spells, leading to nearly 400 spells for the player to choose from. 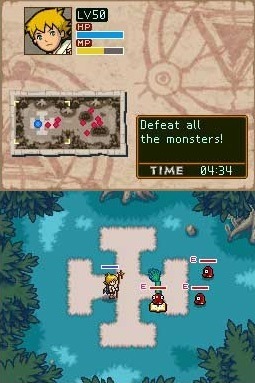 To help players in battle you’ll be able to capture monsters from over 60 different species and issue them commands or leave them for the AI to control while you focus on casting powerful spells.

These monsters will level up and can also be equipped with stat boosting items which makes this mechanic just as deep as the spell system.

This review was first published on September 25, 2014. Read our update policy to learn more.