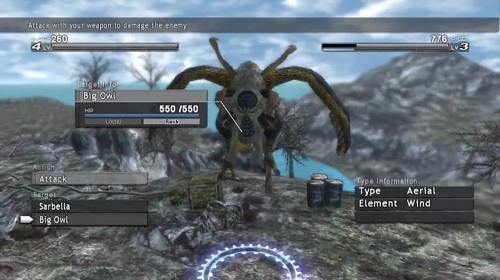 In Lost Odyssey you play as an immortal as he attempts to connect with other immortals and regain their lost memories. The backdrop for this adventure is a post magical revolution society that has in the last few decades begun to understand how to harness the magic that is all around them.

Lost Odyssey offers a large game world which slowly opens up to players as they progress to eventually give them great freedom. Battles are a mixture of pre-determined fights and random encounters which take place in a turn based battle environment. Just like other games players can choose from using items, standard attacks and special skills during their turn.

The game does offer some hands on gameplay that allows a skilful player to turn the tide of battle though. Whenever you use a basic attack players will have to time the connecting of two rings for maximum damage. You can even enhance this damage further by equipping special rings to your characters. 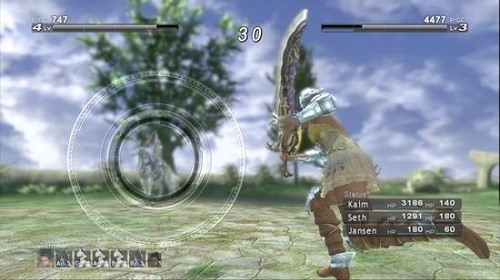 The ring system in Lost Odyssey offers huge amounts of customisation allowing players to combine rings they find from enemies to create stronger rings. These ring elements can also be super effective (or ineffective) against certain enemies based on their elements which also adds another layer of strategy to Lost Odyssey.

Lost Odyssey has everything that a standard Japanese RPG should have but adds a number of small touches to put it above its competitors. You’ll particularly enjoy the large number of gameplay hours (over 45) and the ring system which adds another layer to the gameplay and keeps you more involved in combat throughout the adventure.

This review was first published on October 2, 2015. Read our update policy to learn more.