Take down big enemies as a team in Lost Planet 2, a sequel to the exceedingly popular game about hunting unique monsters in addition to other human enemies. Like the original large scale bosses and varied options to deal with the monster threats is a focus for this addition to the Lost Planet franchise. 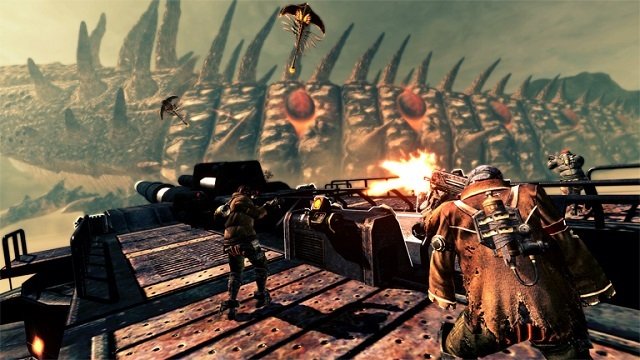 Set 10 years after the original Lost Planet you’ll explore the story line across 6 game episodes that each put you in control of a different person with their own motives and background although ties their stories together in some ways. Consistent themes include being left behind, dramatic shifts in weather, government agencies, mercenaries, powerful weapons and large corporations.

Like the first Lost Planet title players will engage this storyline with a mixture of ground combat as a foot soldier and by utilising mechanised suits known as VS (Vital Suits). While on foot you’ll be a mobile fighter with the likes of barrel rolls and your grappling hook to quickly move along the often largescale terrain. Meanwhile in sharp contrast the VS suits offer large damage through mini guns and massive rocket launchers but are slower in their movement. 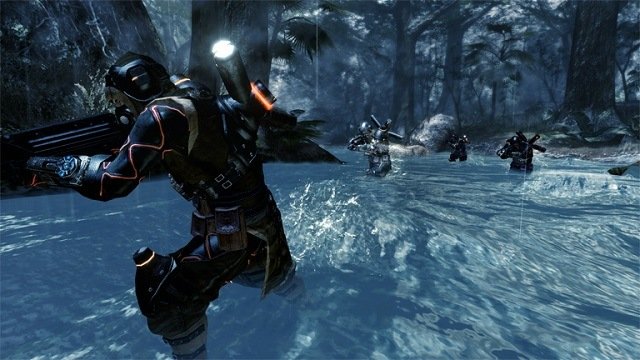 The main change that players of the original Lost Planet will recognise and likely appreciate is the Thermal Energy mechanic that will no longer drain constantly from the cold climate of the first game. Instead with maps spread across mostly warmer areas you’ll only deplete this reserve when using certain weapons or piloting your VS.

Map variety in Lost Planet 2 ensures you get a full appreciation of the planet with the likes of deserts and tropical jungles this time around along with all sort of facilities both secret and known. Exploring all of this through the 6 episode storyline that sees you join a different faction to understand the trials and troubles that each face offers a unique story experience that few titles of any game genre offer. 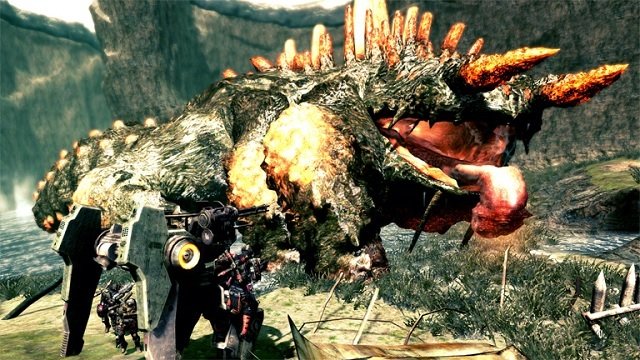 The real gem for any fan of Lost Planet though lies within the multiplayer mode that supports up to 4 players in the campaign as you fight large enemies and tough human opponents with friends. This co-op shines through when you work together to bring down some massive hulking beasts and is where Lost Planet will capture its primary audience while also carving an action packed niche for itself. The joy of being able to fight alongside your friends for what are deep and mechanically satisfying battles is not really matched in the shooter or monster hunter genres.

This is further supported with a decent level of character customisation allowing you to alter your weapons and abilities to ensure you each bring something different to the battles ahead and also never feel like you’re too similar to other players.