Lunacraft joins the rapidly growing number of smartphone games that draw inspiration from Minecraft but alter the formula slightly by offering new settings, new mechanics and more importantly a free to play price tag. Designed solely for iOS devices Lunacraft challenges players to survive and thrive in a space environment that encompasses the same premise as other sandbox games focusing on infinite exploration, crafting and random discoveries. 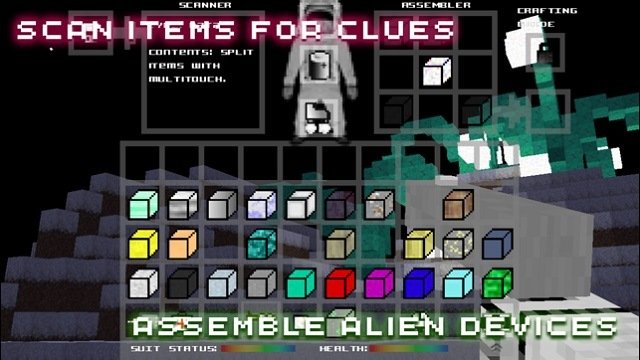 In the story mode of Lunacraft you’ll explore all of these mechanics while attempting to explore an unknown moon and eventually colonise it for your own. Alternatively players can focus entirely on building with the creative mode which with the wealth of blocks and space setting offers some variety compared to similar titles that predominately focus on Earth like settings.

Each new game in Lunacraft is randomly generated to ensure no two games are the same adventure which of course provides near endless replay value for those that desire it although without updates for some time it is likely that most players will only playthrough once. One neat feature in particular of these randomly generated worlds is the varying colours of the sky, which feels suitably appropriate for space themed game making each planet have a unique element. 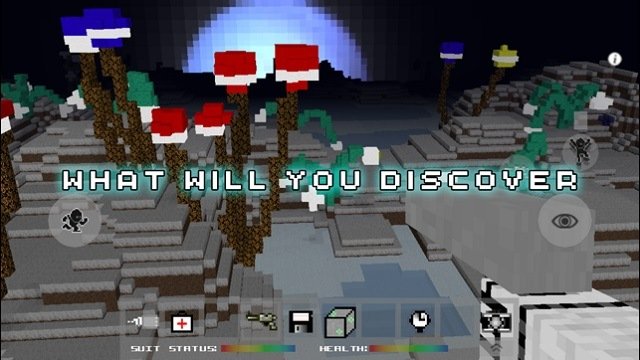 When starting a new world players can also set a number of parameters to help shape your world which can either increase or decrease the overall difficulty. This includes the ability to alter tree cover, terrain roughness and cave frequency. Additional difficulty is offered (although not customisable) through the alien species that randomly spawn and provide a mixture of aggressive and neutral creatures for you to discover.

As you advance in Lunacraft you’ll also have to upgrade a variety of equipment pieces to allow you to  mine the moon’s resources at a faster rate while also improving your defences against the alien species by upgrading your helmet, battery and jet pack items. 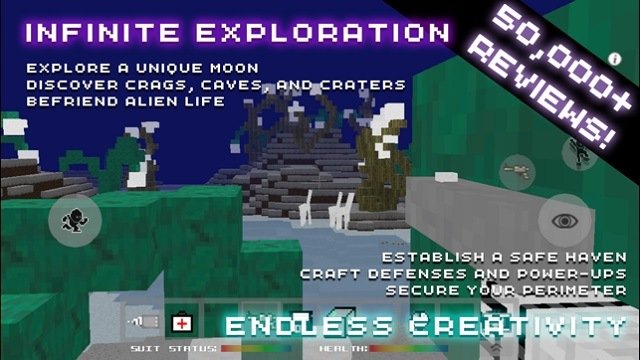 Underpinning all of this and no doubt an important part of the success of Lunacraft is its well-designed mobile centric interface which even on smaller iOS devices manages to not feel overwhelming or crowded while still providing all the necessary information and one of the significant benefits of designing for mobile first rather than the games that are ports of PC based games.

Lunacraft definitely has many Minecraft features under its hood but mixes it with its own ideas and a futuristic environment that allows it to stand on its own two feet as an impressive iOS sandbox survival game.

Games Finder is a Steam Curator and featured in the aggregate review scores data of MobyGames and Neoseeker.
FEATURED ON
Games Like Minecraft, Games Like No Man's Sky
LEAVE A REPLY Cancel Reply