Mad Max drives the familiar franchise into the video game arena with a 2015 release that has players explore the deadly post-apocalyptic wasteland on your quest for revenge in this battered environment. Available for both console and computer gamers you’ll find an action adventure experience that blends melee combat, firearms, stealth and a range of abilities to help your survive and progress. 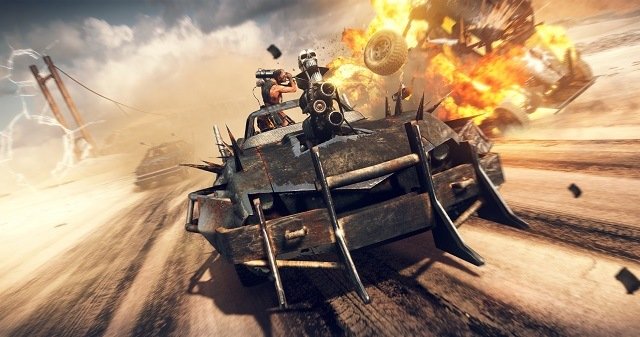 Your character in this Mad Max video game adventure is the patrol officer Max Rockatansky who does his best to forage off the wasteland and survive amongst the various warlord led gangs who are constantly fighting for resources and stealing from those unable to defend themselves. During an expedition to the Plains of Silence for fuel Mac encounters Scabrous Scrotus who pushes Max off the roadside with the help of his War Boys. Leaving him to die on the in the middle of nowhere and taking his supplies Max beings his journey for revenge with Chumbucket as he builds the ultimate car, the Magnum Opus.

It’s a long journey ahead for redemption for Max though as he visits a number of Wasteland leaders to liberate them from sieges on their strongholds before recruiting the only mechanic capable of building the deadly vehicle. Acquiring the parts necessary including the power V8 engine while engaging in a number of skirmishes across the wasteland Max will finally have his final showdown. With the expansive landscapes of deserts, caves and canyons spread across the abandoned wastelands there are also a number of other side activities to engage in during your Mad Max adventure. Tasks such as time trials, races, fortress invasions and conveys can help players in weakening a regions threat level before clearing it entirely of enemies. 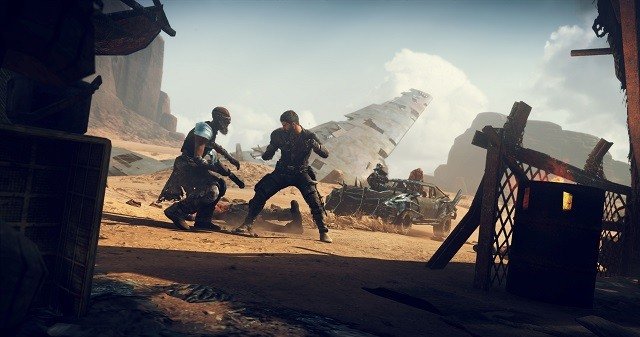 With its post apocalyptic setting and wide landscapes Mad Max revolves heavily around scavenging items and car based combat which makes up over half of the games content and similar to the movies that share the same name. Upgrading both Max and his car are central to the story as you increase your stats, unlock weapons and equip your car with all manner of deadly weapons.

Starting with one of the core six vehicle bodies and choice of body colour to build your Magnum Opus players can visit the garage to modify and upgrade their vehicle that each have their own utility. In each category you’ll have between half a dozen and a dozen total upgrades to the likes of your ramming grill to improve ramming damage, armour to boost your durability, boost to provide a speed boost at the push of a button and engine, exhaust, tyres and suspension for general car speed and control. The majority of these have trade offs to consider though which allows players to craft a vehicle that suits their preferred driving style and the conditions they expect to face. Meanwhile other garage upgrades are combat focused with sniper rifles, harpoons, thunderpoons, side burners and repair speed that themselves have multiple levels of upgrades to unlock for a price. 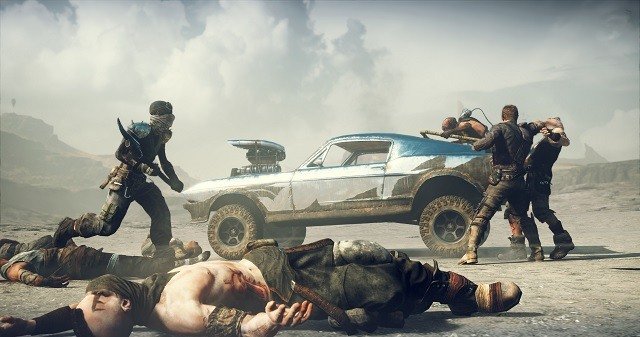 This ties in well with the exploration emphasis of the game with players driving across the wasteland for parts to add to their Opus Magnum which you’ll be spending a number of hours driving through the wasteland setting. When Max does step outside of this car though he is equally deadly with combat mostly involving boxing like moves and a small number of fire arms. Max is also customisable like his car from appearance to skills, weapons, equipment and abilities to again suit your intended adventure path. In terms of equipment each of your items has a linear progression path that sees you improve your knuckledusters, jacket, armour, belt, headwear, shotgun, finishing skill moves and a variety of tools.