Mafia II offers a third person action packed experience that puts players inside the mob. The game was released for multiple platforms in 2010, with a Mac release in 2011. 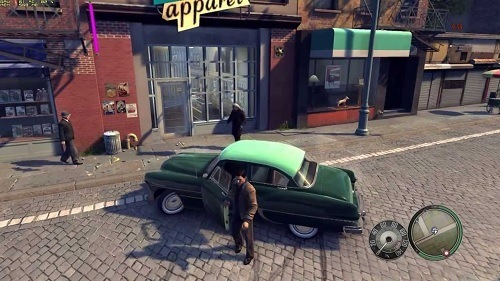 Mafia II takes place in the 1940s within a fictional game world that is based on a number of US locations including Boston, Chicago and New York. Players can use (or steal) over 40 different vehicles to explore this world and use a variety of weapons that are based on the era.

The game has many improvements over the original Mafia game which has been core to its success. A fun feature of the game in particular is the ability to interact with objects in either a standard or violent action which helps you feel like you are part of the mafia and simply don’t care about anything.

An example that players will run into often is the option to pick a lock or simply break a window to gain access to a location or car. Mafia II also uses a cover system to make fighting and shooting at enemies an easy experience (especially on consoles). 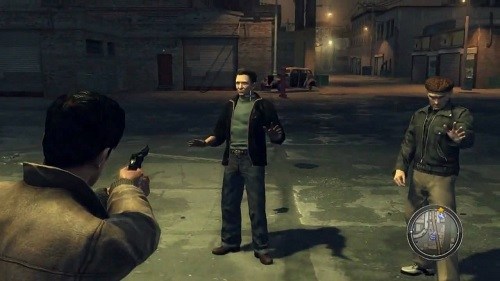 Uniquely the game does not use pre-rendered cut scenes and will use the situation that the player is currently in for cut scenes, this means your character, clothes, weapons and even car that you are driving will be part of scenes which is a really nice touch to the overall atmosphere.

This helps give the game greater flow and realism over other games in the genre. The game also has an extensive soundtrack packed with music from the time period to add to this realism. If you love your mafia games you’ll find that Mafia II is definitely the godfather of them all.