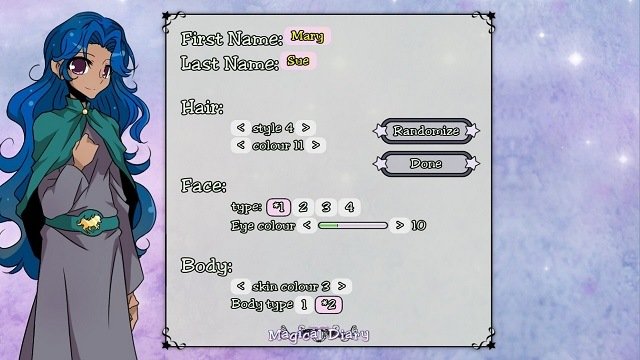 The core of your adventure in both of these Magical Diary versions remains the same with a focus on character customisation, NPC interaction (and romance), magical battles and a wealth of spells to master. Magical Diary was developed by Hanako Games and has the player exploring their new living quarters, a magical school and attempting to turn it into home. The game follows your adventures as a witch (or wizard in Wolf Hall) in this school of magic and like other visual novels lets the player decide exactly where the story goes.

With multiple ways to approach every decision and the puzzles scattered along the way there is plenty of grey areas between good witch and bad witch for players to explore and move between. One of the best features in Magical Diary starts from the first minute with the ability to customise and design your own character to your liking. 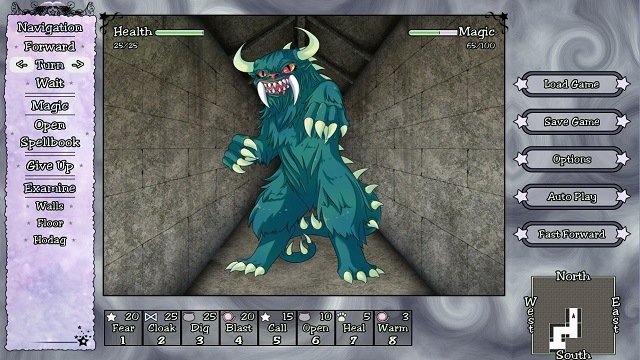 Be it recreating yourself in the magical world or going for something entirely from fiction both are completely viable in Magical Diary with options to set your name, hair style, hair colour, facial features, eye colour and body type. It is particularly worth highlighting that there are very few games in the visual novel genre that offer this same level of customisation which definitely helps you feel more connected to your character than the generic character options of similar themed titles.

Once you’ve settled on your look your options within the game are equally impressive with plenty of opportunities for players to immerse themselves in this magical world with day to day to life, activities and once off game events and associated decision points. The core of Magical Diary though where most of your time will be spent is making new friends, attempting an exam in the school dungeon, running for class president and with some luck finding your dream date for the upcoming May Day Ball which is a recurring plot and conversation point. 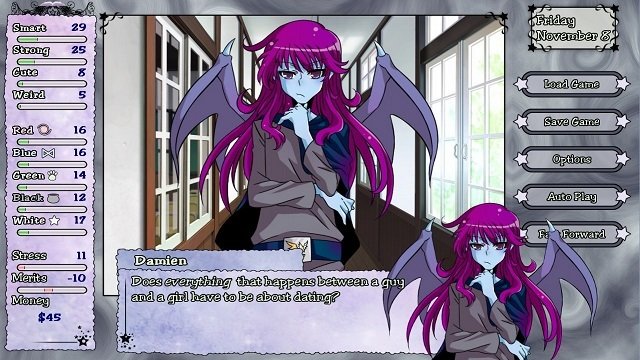 Exams are where the bulk of game mechanics present themselves and accordingly one of the more deeply enjoyable aspects of Magical Diary with many players opting to make this their sole focus, particularly if they are a RPG player at heart. These exams vary from battles against ferocious monsters and puzzles which require careful thinking (and spells) to overcome. This makes Magical Diary particularly attractive to those that prefer their visual novels with a touch of action and don’t like to follow along strictly a linear storyline.
Summary: