Magicka 2 continues on the franchise legacy as you control your mage at the element level which creates a diverse range of spell combinations to be utilised in battle. By building on the previous magical adventure Magicka 2 continues to offer tight co-op action adventure gameplay while also refining certain mechanics. 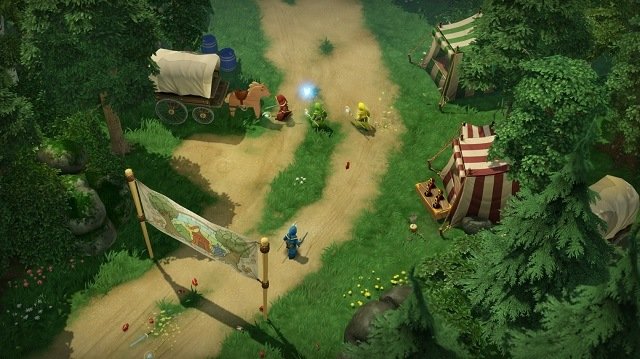 Set around the world of Midgard players team up into a maximum team of 4 to rid evil from the land by using their devastating and experimental magic. Underpinning the adventure is a prophecy based storyline that leverages the events of the original but keeps it fairly open to not alienate new or old players from the experience. In short it sees players adventuring through Midgard which due to a magical war is now home to a reduced number of wizards allowing evil to lurk in the shadows amidst a child prophecy to rid suffering from all of the lands. While dark in story design Magicka 2 is still focused on humour through dialogue and story events and is further compounded through magic accidents when playing with friends with friendly fire.

Like the original Magicka experience players travel through primarily linear level designs, avoiding environmental hazards while disposing of the various evil monsters that spawn along the way. In order to dish out spells players can combine up to 5 elements which result in hundreds of varied spell combinations that allow all manner of offensive and defensive magic to be cast. 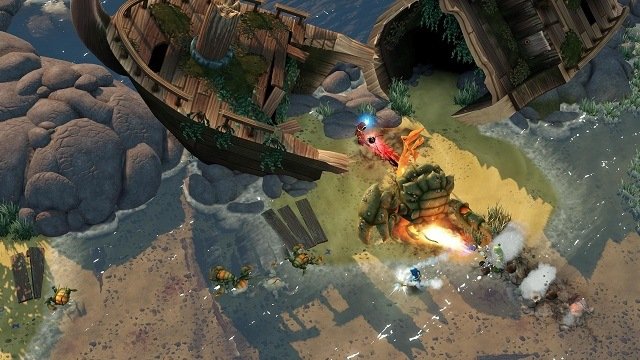 The base of these spells are the 7 core game elements of arcane, earth, fire, frost, life, lightning, shield and water with a further 3 sub elements of steam, ice and poison available which require 2 of the core elements to make. Each element comes with its own innate attributes be it spray, projectile, beam, lightning and shield along the likes of knockback, piercing, lock on damage over time properties. This allows interactions such as soaking an enemy in water to boost lightning damage or putting flames out on an ally by using the same water splash.

By mixing all of these players can invoke the four spell types of area, self, staff and weapon which have varying uses be it carpeting an area in fire or self healing. Each of the elements have their own attributes as well from spray, projectile, beam, lightning and shield. While this sounds like an easy task with the hundreds of potential combinations to remember, specific situations where each is most effective and opposite elements cancelling spells entirely upon an incorrect button press. 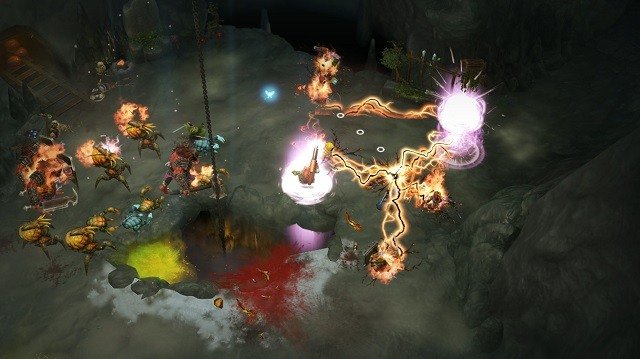 Further difficulty for those brave wizards can be access through the 3 difficultly levels of normal, hard and bananas. Alternatively a familiar system which provides party wide modifiers can be used to adjust difficultly up and down within these levels by providing game changing boosts such as elemental damage boosts for specific elements.

Just like the original this second Magicka adventure is best enjoyed with friends not only for the laughs that you’re guaranteed to have but also the extreme level of difficultly for solo players given its highly balanced towards co-op play.

This review was first published on January 16, 2015. Read our update policy to learn more.

Games Finder is a Steam Curator and featured in the aggregate review scores data of MobyGames and Neoseeker.
FEATURED ON
Games Like Castle Crashers, Games Like Overcooked
LEAVE A REPLY Cancel Reply