Magrunner: Dark Pulse is a first person puzzle game with a number of similarities to the popular Portal series due to both the first person perspective and unique setting it aims to create. Magrunner was released in 2013 for Windows and made its way to consoles (PS3 and Xbox 360) later that year.

The plot in Magrunner: Dark Pulse takes LoveCraft inspiration and while it has many moving parts that can make you feel stretched in multiple directions players that stop to take it all in will discover a mysterious storyline. This need to stop and smell the roses during your puzzle adventure isn’t necessarily a bad thing or a failing by the game and has more to do with the insanity of the storyline rather than poor story telling design. 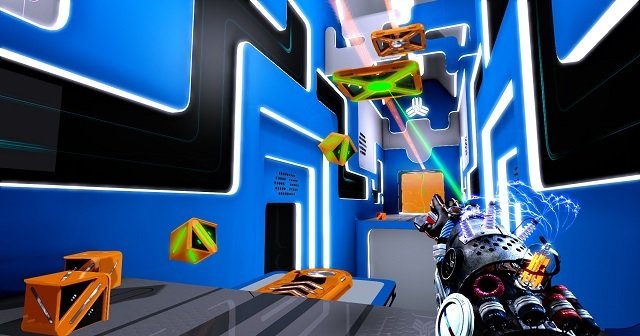 Players control Dax Ward through this adventure who lost his parents when he was younger and ended up being raised by the strange six armed mutant known as Gamaji. The story revolves around Dax after he enters a contest for the opportunity to go into space along with several other contestants given the opportunity is simply too enticing to pass on. This contest though quickly unravels though as it is revealed to be a plot by a billionaire to achieve his own dark agenda which sees players facing a range of strange alien and horrific creations.

Gameplay in Magrunner: Dark Pulse is centred around the usage of the Magtech glove which is an impressive piece of technology that provides many interactions with the game world. While the Magtech glove offers some simple to grasp mechanics the puzzle variety and changes throughout the story means players will need the full game to master all possible permutations. 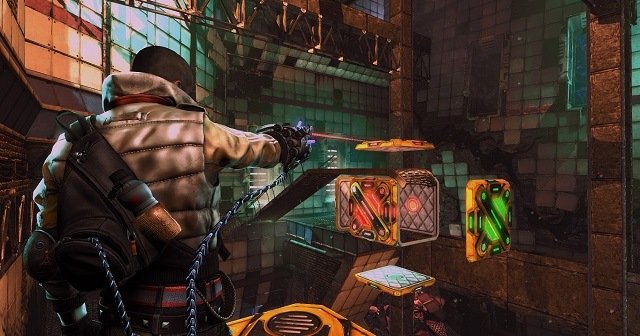 The core function of your Magtech glove is the ability to change the colour of objects around you between blue and red which are colours also featured prominently within the individual game puzzles. Once charged with a colour the object will attract others of the same colour while repelling opposite colours in a similar manner to real life magnets.

With this simple foundational mechanic the game throws all sorts of variations at players as you interact with platforms, cubes, catapults and other environmental objects. Like most puzzle games in the genre this ability slowly evolves throughout the game as you are introduced into more difficult puzzles and one mechanic shift worth highlighting is players recruiting a trusty robot dog called Newton that gives off his own colour. 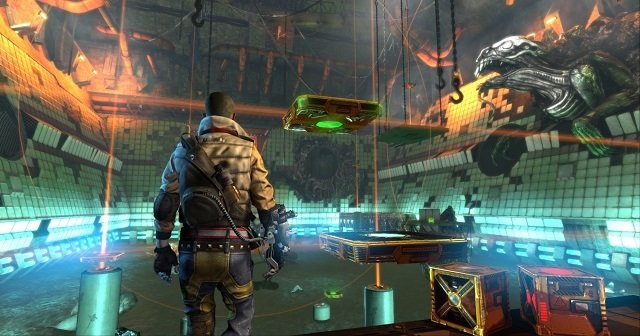 In total you can expect your adventure in Magrunner: Dark Pulse to last around 10 hours which sees players completing 40 levels on the pathway to the final ending. While you’ll likely breeze through the first portions of the game the difficulty reaches nose bleed level pretty quickly once enemies and other strange elements are introduced that will test your patience and understanding of magnetism.