Making History: The Great War is the first game in the acclaimed Making History franchise to move away from World War II and instead go further back in time to explore the challenges of World War I. Offering the same impressive depth of other Making History games players will unlock a wealth of decision points that lead to equally diverse strategies and challenges. 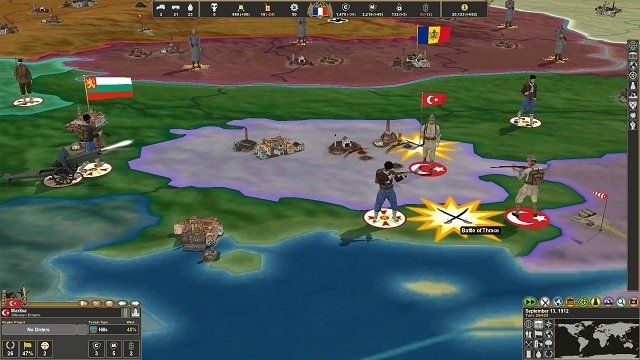 While set within the World War I era this title does let you shape some of the game story and potentially change the course of history if you choose to do so (and can pull off the strategy required). Making History: The Great War achieves this by starting the game within historical starting points but then letting you drive the direction it takes within the games various mechanics. This journey is one of constantly improving technology and alliances that shift quickly which will ensure those that aren’t proactive in their approach are rapidly left behind by other nations.

As a ware focused strategy title a significant amount of the content and tactics in Making History: The Great War is centred around waging war with an array of strategies you can employ compared to other games. Players can for example undermine their enemies to weaken them through civil wars and coups or rely on distant bombardments to whittle down entrenched positions before advancing forward with their own infantry. There are also a considerable number of naval options such as blockades and submarine warfare alongside air units that can bomb cities or serve as an anti-air force. 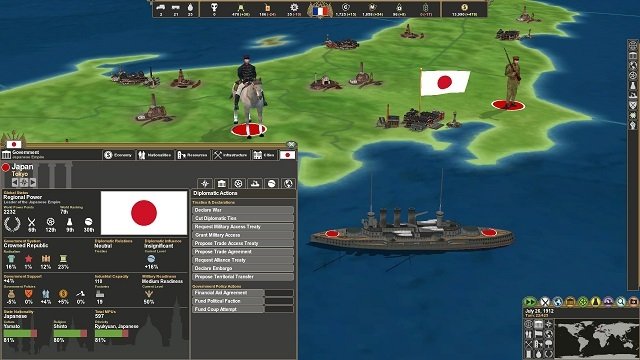 A war cannot be supported without economical prowess though which Making History: The Great War captures perfectly by ensuring one cannot succeed without balancing their economic needs. Much of the economics is done through international trade and a focus on ensuring there is sufficient transportation within your provinces to move goods around provinces around your control. Reflecting the important resources of the day you’ll find raw resources of coal, metal, oil and food which can turn into manufactured items of steel, fuel and arms.

Both of these tie into the democratic portions of the game which involve managing your governments alliances and spheres of influence and even extends to the ways that you manage your conquered territories. Further management and key decisions are made through the research tab where you move through eras that boost your military and economic efficiency with starting points aligned to your choice of starting nation. 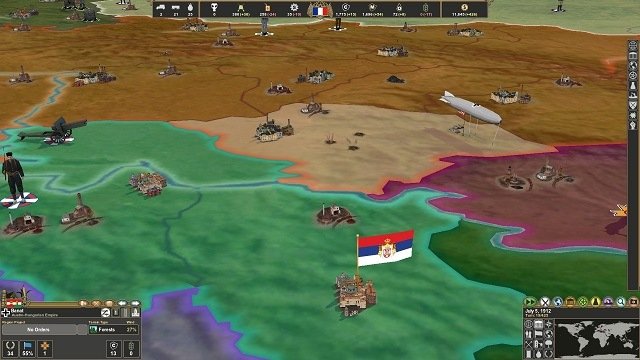 Overall Making History: The Great War is a game of patience and strategy planning with events happening on a regular basis that need to be considered due to their potential ripple effect throughout your nation and the broader world map. A close ally for example might be assassinated and replaced with a less friendly successor which may destroy your current plan in the works to attack a shared enemy from gaining strength. All of these updates are provided at the start of each turn to ensure all current affairs information is provided to players before they go ahead with their own decisions.