Merging horror designs with the Souls formula Malebolgia offers an interesting and dark adventure through an old palace which has been overcome with demonic forces.

Focusing on the atmosphere of horror players pick up the sword of Leopold, a battle weary fighter who finds himself forced to battle demons inside the palace which is over run by the minions of Hell. Inspiration is vast with mechanics coming the Dark Souls franchise while mood and enemy design come from the likes of Inferno and Ars Goetia.

Recurring themes throughout your adventure is the lack of light to build up the atmosphere, unique demons (including bosses), hidden passageways and monsters that sneak up on the player from various angles. Slowly with each fight and discovery a story of the fall of the palace is laid out in front of players who will make their own conclusion on events. 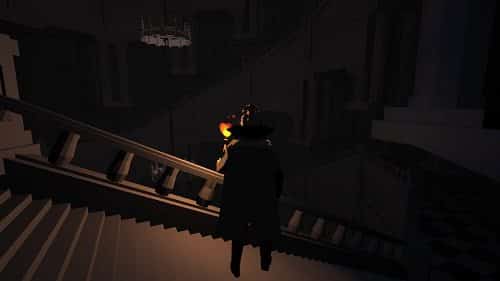 As mentioned combat adheres to the style made popular by the souls series with deliberate attacks the key to your success. Combining these with careful dodging and positioning will see you through the palace with positioning being vital as your only source of light is often the flame in your hand. With the limited save points and ways to regenerate health throughout the palace players will need to consider each fight carefully.

While the combat has a few hiccups to it that can ruin your best efforts with some poor hitboxes Malebolgia is the game you’ll be playing primarily for the atmosphere which is on point from the first minute to the very last. The lack of character growth though means this will be a single playthrough affair.