Manic Digger is another one of the open source games that is built around block building. The game is completely free to play  and originally offered an experience similar to Minecraft creative but has since slowly expanded with some survival aspects and various modifications. 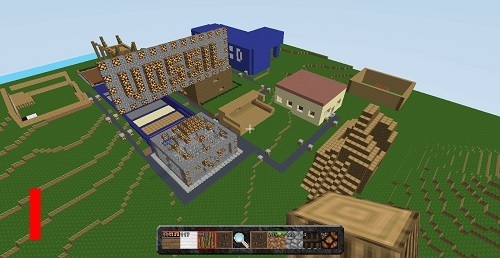 As of this review the game is pushing 100,000 user accounts so is definitely not a small game by any means, although you won’t find more than several dozen users online during off-peak hours.

The game will attract fans of the sandbox building genre or people who are interested in creating their own mods for a free to play game. The system requirements are also well below that of Minecraft making it an attractive option.  Manic Digger supports both single player and multiplayer game modes along with a number of editors (including a monster editor) and room for customisable textures or skins that allow you to alter the experience to your liking.

Crafting is available in Manic Digger although does not have the same level of depth as other games. There are plenty of block types in the game though so creating beautiful creations is not a problem. 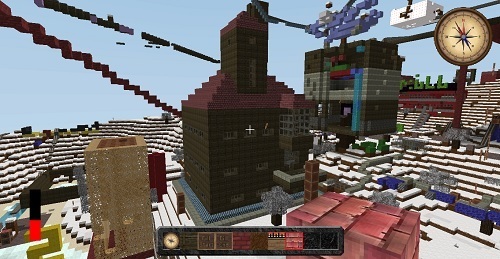 One of the most popular mods in Manic Digger is the war mod which turns the game into an FPS building game similar to that of Ace of Spades. The mod introduces four weapons (pistol, submachine gun, sniper rifle and shotgun) that each have varying stats. In addition to weapon choice, players can select one of three classes (support, medic or soldier) that have their own additional role.

Manic Digger is part of an increasing number of simple and free alternatives to Minecraft, it won’t blow you away with features but there is plenty of fun gameplay to be had with the community or some friends since the game is free and easy to get started.

Games Finder is a Steam Curator and featured in the aggregate review scores data of MobyGames and Neoseeker.
FEATURED ON
Games Like Minecraft
1 COMMENTS
LEAVE A REPLY Cancel Reply