With the title as one of the most popular MMO games of all time MapleStory has attracted millions of players since its 2003 release in Korea. Like many long running massively multiplayer online games in this genre the game has evolved itself a number of times since this initial release to expand well beyond the original vision with many players returning to experience the next chapter again and again. Despite the age of the game the regular release cycles and major upgrades has kept this 2D side scrolling experience at the top of this MMO sub niche.

Split into distinct game regions that operate on their own update cycle and have some minor gameplay differences between them players can join their local MapleStory region to start their own adventure into the Maple World. Some of these regions also offer the Reboot game variant where trading is disabled and there is a reduced reliance on items that cost real money to progress. This leads players to the first key choice which is picking from one of the dozens of MapleStory classes which have their own paths of progression through distinct job advancements. With their own skills, stories and in turn playstyle there is a class for everyone to love and hate in MapleStory. 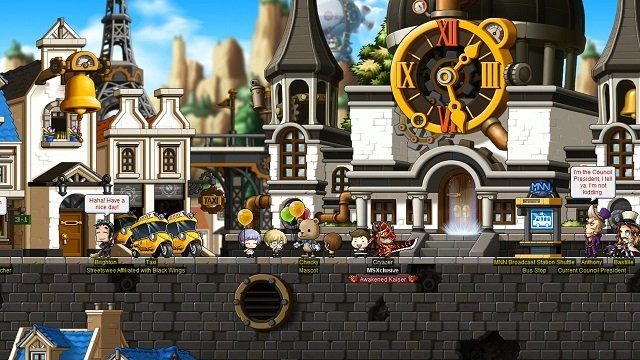 Players need not be concerned about selecting the wrong class from the start though with it relatively easy to create your next character. Several MapleStory mechanics are also designed to encourage multiple characters with systems like the Legion and Link Skills giving all of your characters benefits for other characters in your accounts. The unfortunate trade off being that at the peak end game having a large number of characters is an absolute requirement and can see many hours invested into a character you might not be interested in.

Characters in MapleStory are designed around the five core themes of warrior, thief, bowman, magician and pirate although within these archetypes you have a wealth of class specific mechanics to consider. Warriors for example include your standard warrior, the magical sword wielding Adele, the Hayato that wields a katana, a dragon transforming Kaiser and the Dawn Warrior that imbues light into their abilities. 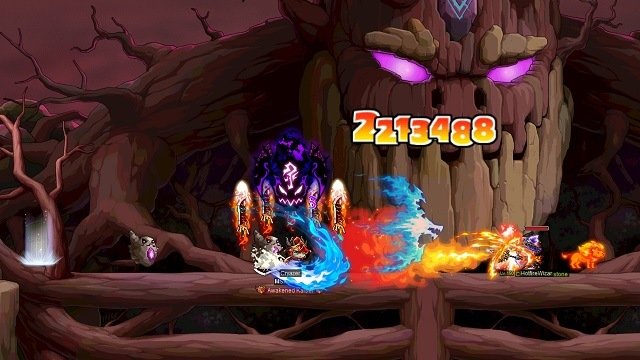 Training characters in MapleStory takes you across the entire Maple World which like the characters have been regularly expanded with new content to provide a range of different themed locations. This includes the core Maple World of Victoria Island (the original game location), the aquatic themed aqua road, the toy themed Ludus Lake, the snowy mountains of El Nath, the Arcane River and everything in between. Each comes with its own monsters, NPCs, quests and bosses although your visits to locations will vary given some locations have simply been surpassed by newer content given the scope of the game.

The day to day progression in MapleStory involves a balance of questing, training on popular maps, completing daily/weekly missions, participating in the latest game event and fighting daily/weekly bosses. These activities provide a balance of character experience, game currency (Mesos and Reward Points), items and various other character boosts that push you further towards the end game. These end game goals are focused on difficult bosses that require a powerful character, mechanical mastery and a co-ordinated group of other players. 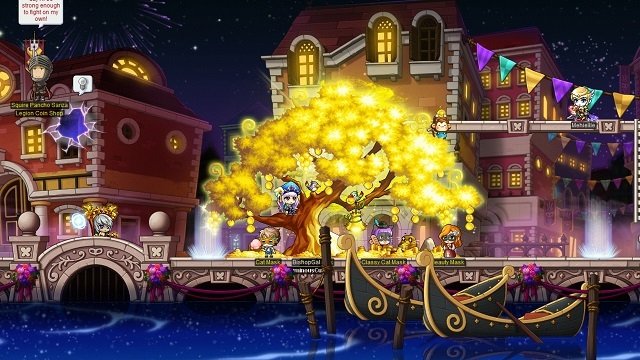 While level of your MapleStory character is one component of reaching new levels of power you’ll also need appropriate gear to support your character. While there are some specific equipment pieces for each character you’ll find over a dozen core item slots to fill with rare equipment from your adventures that are primarily obtained from bosses or acquired from the auction house for non Reboot players. While there is a fairly static meta in terms of which equipment goes where you’ll find a wealth of variety through mechanics such as flames and potential that add bonus stats to items along with the need to consider set bonuses for reaching a certain number of items that belong to the same item set.

Beyond upgrading your gear players will find further visual customisation through the expansive Cash Shop system that allows players to purchase cosmetic items for their characters that turn MapleStory into FashionStory. This Cash Shop also offers utility items and requires players to purchase game currency with real money although depending on your selection of server you can also spend Reward Points (gained from playing the game) or sell your Mesos to other players in the in game market to obtain the necessary currency instead.

MapleStory’s ability to hold the top MMO spot in the 2D side scrolling genre while many other games like MapleStory have surfaced is a testament to its ability to continue to evolve its gameplay for more than a decade that continues to attract new and recurring players.

Games Finder is a Steam Curator and featured in the aggregate review scores data of MobyGames and Neoseeker.
FEATURED ON
Games Like Aura Kingdom, Games Like Eden Eternal, Games Like Elsword, Games Like Grand Chase
LEAVE A REPLY Cancel Reply