March of the Eagles adds another grand strategy title to the growing collection of video games published by Paradox Interactive with similar mechanics and style. Set during the Napoleonic Wars March of the Eagles was originally intended to be a sequel to AGEOD Napoleon Campaigns it slowly took on a life of its own during development.

Due to the setting play focuses on the major European powers of the 1805-1820 era which includes the likes of France, Ottoman Empire, Sweden, Russian, Great Britain and others from the time period. Opting to try and stay true to history March of the Eagles is designed around the idea of a dominant land and naval power with minor powers able to form and contribute to the coalition relative to their size. 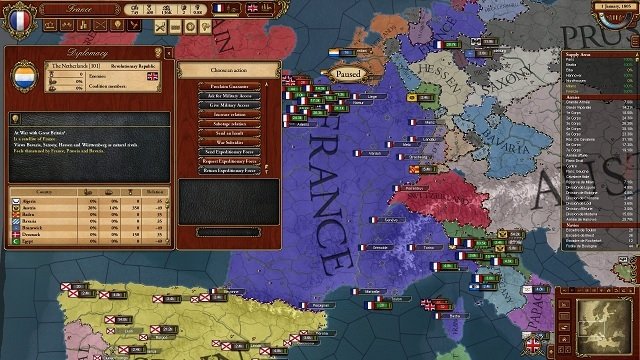 Players will make the key decisions as they lead one of these factions through war, economy and diplomacy which provides a comparable offering to other grand strategy titles in the genre. While you have a core number of victory conditions some of the factions have their own options for victory which can alter gameplay significantly and introduces an interesting dynamic into the single player games as you have to account for potential win conditions outside of field of view.

Each of these games are design to take just over 5 hours, or 15 years of in game time. With a game loop on the shorter side of the genre players are thus encouraged to try out each of the factions will also modifying other game settings to alter your strategy experience. With multiple technology paths to take in addition to the ability to customise troop formation there is plenty of potential alternatives strategies to try out. 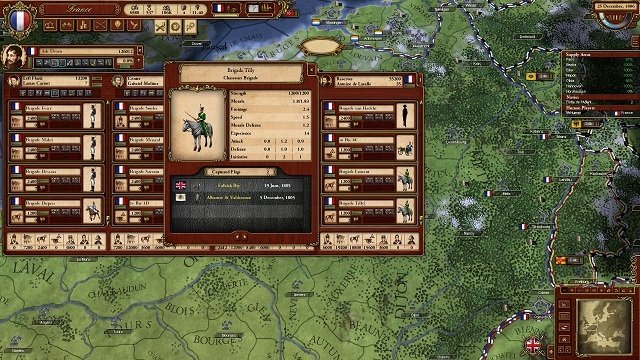 As mentioned domination is the name of the game in March of the Eagles with France claiming dominance over land and Great Britain having control over the sea at the start of your campaign. This then ties in with the coalition system at the heart of gameplay which allows nations to team up but can only be established by the dominant power if they see it in their own best interests. This domination is tracked in the game and based on certain game provinces, generally players are better off targeting their closest rival first though, depending on their starting nation just as you would in any other strategy title.

One interesting approach is the ideas mechanic which while they function like typical technology trees can actually be gained from losing battles to keep games more balanced and less of a game about momentum. With a losing side often gaining more idea points than a winning team it serves as an olive branch offering to a losing side to keep them in the fight by finding a technological breakthrough to turn the tide of war. Ideas encompass your entire country providing military benefits (naval or land), recruitment strategies or economic with some unique variants to specific factions. 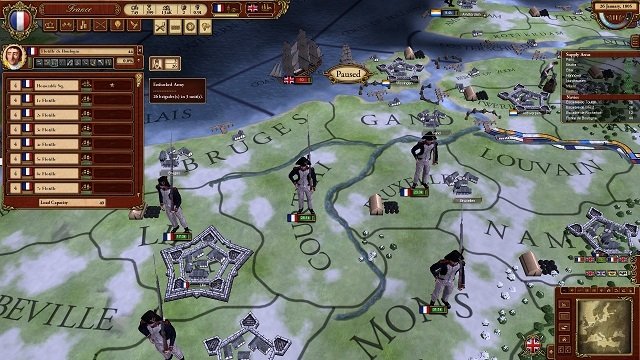 This excels in the multiplayer arena as good decisions and research forethought are rewarded more than un-targeted brute force which might simply gift your target a healthy amount of idea points. Multiplayer is also particular exciting as experienced players will understand the different objectives that each nation needs to achieve, making for a great tug of war beyond just troop battles. Unfortunately this experience is generally restricted to playing with a group of close friends due to the length of time a game can last making it a difficult commitment unless prearranged.

March of the Eagles has few faults outside of minor AI inconsistencies and strange behaviour that might make you scratch your head in single player. Otherwise it’s the perfect introduction to the broader grand strategy genre with it’s simplified offering a familiar setting.

March of the Eagles