Using the formula from the incredibly popular Puzzle Quest franchise and giving it a Marvel skin is Marvel Puzzle Quest, a free to play game focused around the development of your ultimate Marvel team and using your match three puzzle skills to take down tough opponents. Available for both mobile and PC platforms it’s a familiar experience to any gamer but has the benefit of featuring over 200 Marvel heroes and villains to mix and match into your own fighting force.

With this large roster of characters Marvel Puzzle Quest there is no doubt that your favourite and not so favourites will be featured alongside a host of characters that only the most die hard fans will recognise. Marvel theme aside though even the non Marvel fan will appreciate the art style and character diversity which is essentially unmatched in the puzzle matching RPG space. 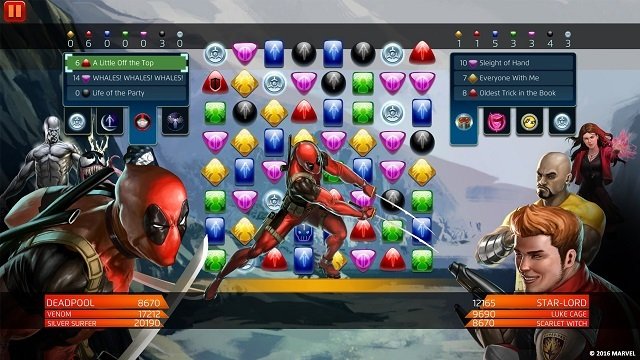 Collecting all these characters is no simple process though especially with a freemium model underneath the surface akin to other mobile games. Given the movie tie ins Marvel Puzzle Quest is not shy on giving players encouragement to open up their wallets either although it’s not necessary for most of the early to mid game thankfully.

This freemium model does make Marvel Puzzle Quest less ideal for the PC platform market as some of the game design choices to support this funding model to limit your continuous play options. Most notably is the length of time between losses where your characters will have to recover their health unless you can spare some revival packs that quickly add cost.

Ignoring this though core gameplay and mechanic flow quite well in Marvel Puzzle Quest regardless of your selected platform as you randomly unlock new heroes by using your in game currency and then increasing their levels through training (again spending currency) and then their individual skills on top of that. This ensures you are always aiming for something and have an upgrade path ahead and competing priorities for your pool of hard earned game currency. 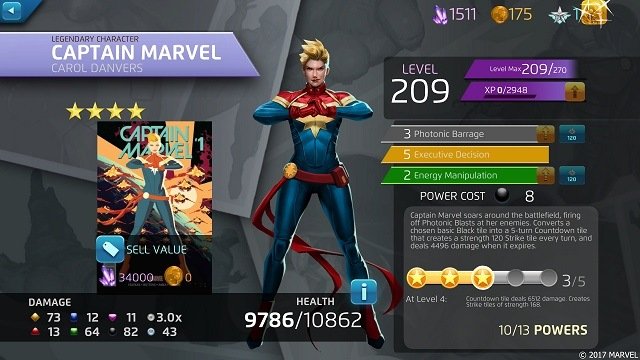 Adding further structure to this account progression is the bite sized missions where you’ll face off against a boss or henchmen with rewards for stage completion based on difficulty of the battle. These battles are 3v3 affairs usually with players choosing 3 of their heroes and sometimes only 2 as a special character will join them for the length of the battle as part of the story based campaign.

This 3v3 match up mechanic also brings with it an interesting dynamic to Marvel Puzzle Quest with players able to carefully plan ahead for successful battles. By matching the various colours on the game board players will trigger different team members to attack and also build up power points of that colour which can be used to unleash skills once enough power points of that colour have been stockpiled in traditional Puzzle Quest fashion.

In addition to attacking when a certain colour is matched though players will also find that the particular character is also drawn to the front of the battle which means they can be damaged by the enemy. This interesting mechanic requires careful balance to ensure you split the damage between your team even though you might want to use your most powerful hero to attack. 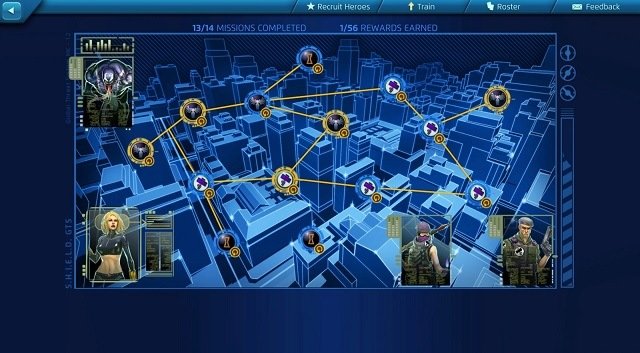 Outside of the story based campaign players can explore the ranked tournaments and events that pit you against the teams of other players with varying rewards for the top spots that are highly coveted although they are usually outside the realm of possibility for non paying players.

As a mobile gaming experience Marvel Puzzle Quest is addicting and fun with its reskinned version of the popular Puzzle Quest franchise. Unfortunately this does not translate over quite as well to the computer where the game just feels out of place with expectations due to the freemium model focus and limited opportunities to continuously play.