Serving as the conclusion to the science fiction trilogy Mass Effect 3 is a game with similar mechanics to the previous titles in the franchise alongside a number of enhancements to see this plot ending game out with a bang. Originally for Windows, Wii U, PlayStation 3 and Xbox 360 the game is now also available on modern console variations thanks to backwards compatibility and the Mass Effect: Legendary Edition.

Given Mass Effect 3 serves the trilogy ending title to the franchise players who have yet to player the previous games in the Mass Effect series should not start on the third game as the plot and story evolution are important aspects of the franchise experience. Without the story foundation of the previous two games players will likely be completely lost in the vast universe of planets, characters and other game lore. 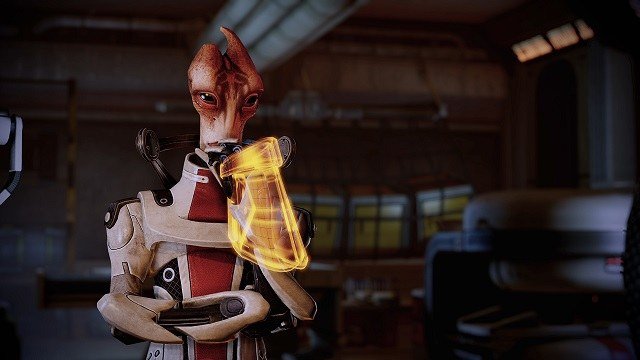 Just like the previous games in the series, Mass Effect 3 will have you bouncing around the entire Milky Way galaxy using the transport network of the Mass Relays which enable vast interstellar travel and were built by a long extinct race of aliens. While the Prothean aliens that created the network are long past order over them is maintained by the Citadel Council that controls a large amount of the galaxy while maintaining peace amongst the various alien races. Familiar faces like the human race, turians, salarians, asari, krogan, quarians and geth which have their own motives, lore and visual designs.

Central to the story is the ongoing threat of the Reapers who purge organic life on a recurring cycle and the politics of the other races as they scramble to understand the truth alongside their own immediate priorities. Mass Effect 3 is set just after the events of the second game and starts with players being held on Earth for their actions in Mass Effect 2. Not long into the opening sequence though Earth is attacked and Commander Shepard escapes despite Earth being left in utter ruin. 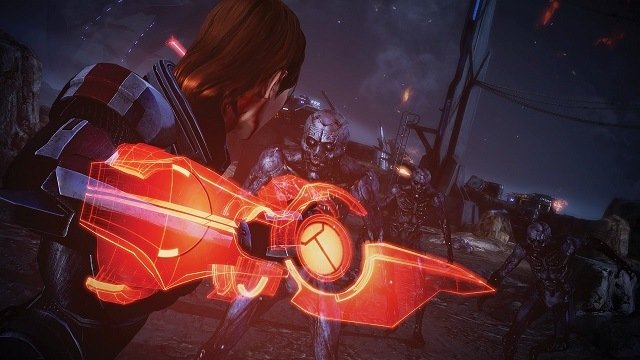 From this point on you will struggle to combat the Cerberus and the Reapers and hopefully save the galaxy from being purged once again in the climatic conclusion. The continued save mechanic returns in the third game allowing players to import a save file which changes hundreds of tiny details about your Mass Effect 3 experience based on the decisions you’ve made in your own previous stories from the previous titles. Further customisation on the story side is handled through the games three campaign difficulty modes of RPG, Story and Action which tweak certain game mechanics around conversations and combat depending on your preferences. Story mode for example has a greater focus on conversation and lowers the combat difficulty while Action reduces the conversation requirements and features the intended combat difficulty with RPG falling somewhere in between.

Regardless of the option you select your home for Mass Effect 3 is once again the Normandy SR-2 where you’ll be joined by your chosen party members to explore the galaxy, activate missions and engage in various dialogue as you progress main and side missions all with the focus of improving your effective military strength (EMS) to prepare yourself for the final confrontation. Dialogue on your ship also ties closely to your overall morality with your dialogue options selected from a wheel of operations and even spark romantic relationships with the right sequence of conversations. On occasion these decisions also impact the broader game narrative as you make decisions that have a ripple flow to other elements of the story. 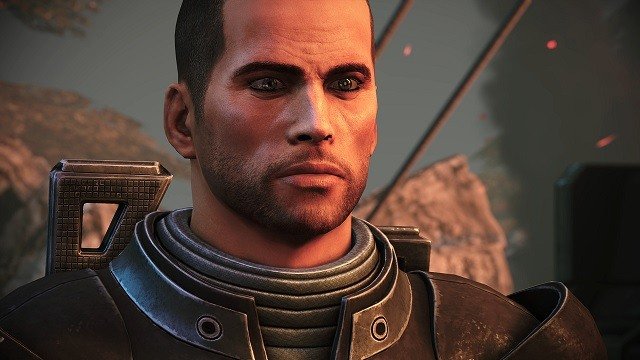 Mass Effect 3 is still primarily an action role playing game with Commander Shepard being a military and combat trained main character with players able to define their adventure from one of the six game classes that come with their own sets of skills. Including the Adept, Soldier, Engineer, Sentinel, Infiltrator and Vanguard these classes offer various balances of magical (technology enabled) powers or traditional weapons. The Adept for example specialises in disabling enemies using their biotic implants that let them throw, warp or shock their enemies at range without needing a traditional weapon. Meanwhile the Soldier is your typical armed combat class that can utilise all manner of weapons and grenades to attack enemies directly. With their own skill trees that level up as you gain experience through combat or quests there is also ample room to craft your own Commander Shepard within these class archetypes.

Combat is also fairly unchanged from the previous versions in the franchise with combat on the ground requiring you to take cover while balancing your ammo, health and ability power resources in the real time combat sequences where you control Commander Shephard. From this familiar third person perspective players can also interact with the environment and direct their two AI squad members to defeat the mixture of enemy forces that generally require some tactical forethought as opposed to running and gunning. This combat gameplay has received a fair amount of attention since Mass Effect 2 though the character skills and additional weapon modifications allowing for more advanced tactics than previously as you can create something that suits your style of play.