Mass Effect is a role playing game that takes place across an entire galaxy and offers plenty of choice for players as to how they want to approach the game. 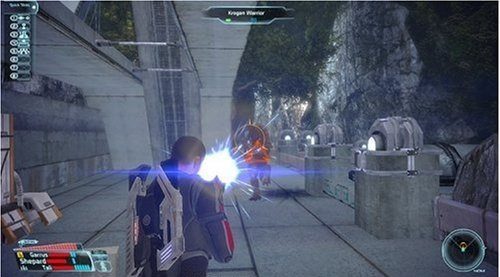 Mass Effect is set in the distant future (year 2183) and has you steeping into the boots of an advanced human soldier by the name of Commander Shephard with his trusty ship the SSV Normandy. In the game the human race has just recently (in the past few decades) become one of the space races which puts them at the bottom of the totem pole and the least respected race.

The game centres on what is known as Citadel space, a large region which is controlled by a council of the three most dominant races in the galaxy. Many of the areas within this space are connected with ancient devices that allow faster than light travel. This Citadel is where your adventure begins and ultimately ends with a number of different options based on your decisions throughout the game.

The game is a very deep role playing experience with several classes for players to take control of (each with their own abilities). These abilities are levelled up as players progress through the story allowing you to further customise your Mass Effect experience. In total there are 6 classes available with three main classes (soldier, engineer and adept) with the remaining three being combinations of the first for players that want more flexibility. 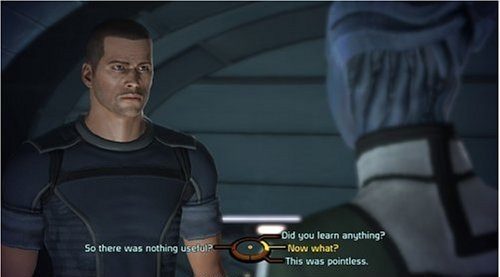 In game customisation also extends to an extensive number of weapons and equipment that the player can equip for themselves or place it on team members that they recruit.

This overview of Mass Effect has barely touched the surface of the role playing depth that you’ll get to experience in the game. The level of options encompassing dialogue, morality, team setup, classes, items and other game elements is almost as endless the galaxy the game takes place in.