Master of Magic is one of the older turn based strategy games with 4X elements being released in 1994 and since revived through the impressive game library of GOG.com. Master of Magic features a fantasy theme focused on the world of magic with the player taking control of a wizard as he attempts to take over two worlds that are linked together by special portals (known as Towers of Wizadry). 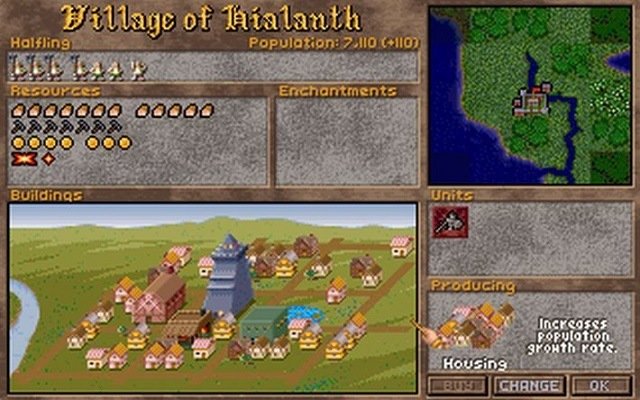 These two worlds are named Myrror and Arcanus, with the latter being very much like Earth with a variety of environments and terrains that will be familiar to players as they move around the land conquering everything in their path. On the other hand Myrror is a world more akin to the lore of magic and as such features a number of strange fauna and flora that offers an alternative world for players to conquer. One thing that the worlds do share though is the Magical nodes, which are sources of powerful magic that allow it to flow across the lands.

Because of the fantasy setting players can expect to run into a wide range of races including elves, dwarves, gnolls, barbarians, dragons, lizardmen, orcs, trolls and many others for a total of fourteen options. Each of have their own playstyles, units, backgrounds and political agendas which underpin their decisions when controlled by the AI with some playing a highly aggressive game while other races battle more passively focusing on the defence of their starting cities. While not as deeply challenging as modern day games given the limitations of the day Master of Magic holds its own against titles with similar release dates. 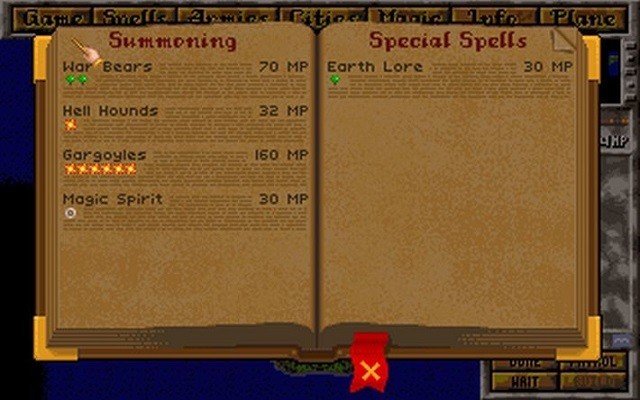 In each game of Master of Magic the world is randomly generated although players do have the option to set a number of parameters which can impact the games difficulty and length similar to other 4X strategy games. Players also have control of their wizards stats, skills and starting race which has flow on effects such as starting location and available unit types which provides replay opportunities with either different game parameters or simply race variations instead. On top of this the gameplay itself incorporates a fair amount of randomisation particularly in the magic and summoning systems that provide alternative pathways and some that might not be accessible given the conditions of a particular game.

This is just the surface of mechanics at play during each game with other opportunities for depth in how players wish to approach the game and holds true across the early to mid game in particular while you establish your strategy. Most of this early game time is spent scouting the area around the players starting city to gain map information about enemy positions and hopefully find some of the Towers of Wizadry that serve as key strategic magical pillars. 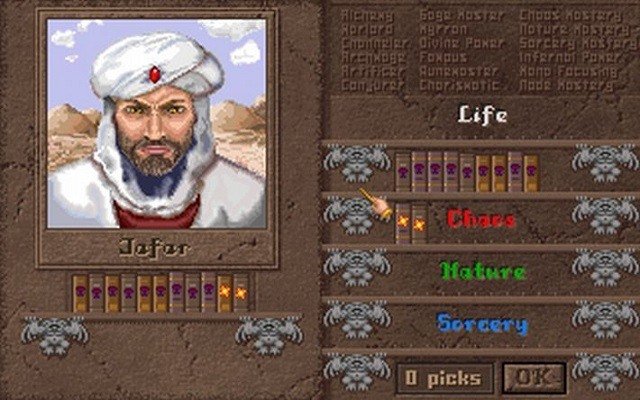 Players can also expand their reach by establishing cities which provide the necessary resources of the game (food, gold and mana) through an aggressive expansion strategy or targeting specific map locations of key strategic importance instead. In terms of combat Master of Magic offers a traditional setup with tactical options to support your troops through researched spells available when two opposing armies meet at the same location.

For an older game the level of depth, variety and random mechanics in Master of Magic is impressive and still holds strong particularly for those that have nostalgic memories of the experience. However, those entirely new to the world of Master of Magic may find the magic lacking given the large time since release and more modern alternatives.

Games Finder is a Steam Curator and featured in the aggregate review scores data of MobyGames and Neoseeker.
FEATURED ON
Games Like Civilization, Games Like Heroes of Might and Magic
1 COMMENTS
LEAVE A REPLY Cancel Reply