Master of Orion II: Battle at Antares adds another title to the MoO franchise with a similar framework of turn based strategy set within a vast universe. Released 3 years after the original Master of Orion II seeks to improve on the well received first game while offering the same level of 4X depth. 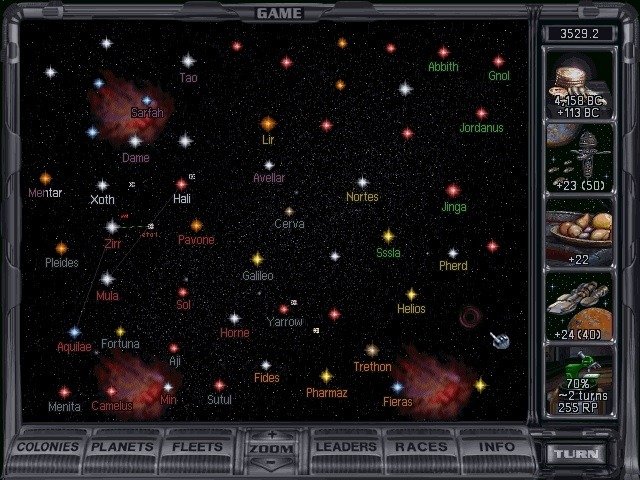 One area in particular that has received some attention over the original is the addition of a detailed game plot which provides some much needed context and lore to the universe you are battling for. In Master of Orion II: Battle at Antares this sees players learning more about the Antarans and waging war with them after they resurface from their dimensional prison keen on revenge against the Orion star system. This added story also means that not only will you have to conquer the Orion system but also assault the Antaran home world if you wish to win by military means. Alternatively if you can subdue all opponents or see yourself elected as supreme leader of the galaxy you’ll achieve victory in the up to 8 player matches.

Supporting this expanded game universe are new complexities which build on the original Master of Orion with past experience in that title likely to serve players well in the learning curve ahead. In practice this means you’ll have 3 new races to contend with that have their own tendencies and the ability to create their own races with applicable designs, governments and traits based on a point system of benefits and disadvantages. 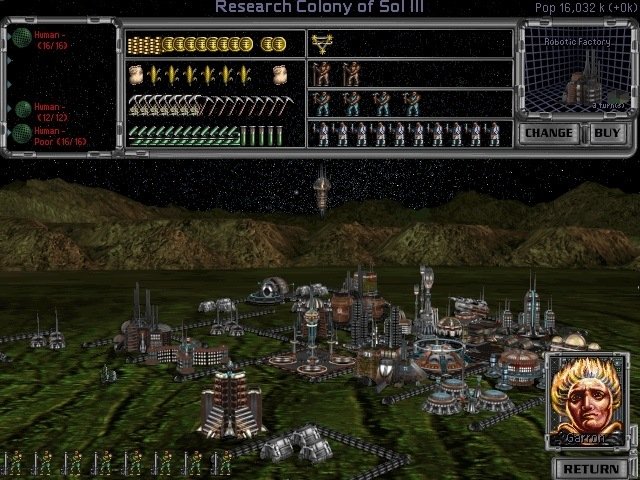 The galaxy itself has also received an overhaul taking the single planet systems of the first game and morphing them into multi-planet star systems which drastically increases the number of planets in each match. Similarly new combat options now allow for these planets to be completely annihilated and the mechanic to board enemy ships as ship battle strategy.

As a 4X title combat is just one small piece of the Master of Orion II: Battle at Antares puzzle with exploration and expansion taking the lead in any winning strategy. Careful strategy in this regard is not without reward with consideration of natives that boost food production, splinter colonies which can be absorbed into your own and the most habitable resource heavy planets protected by powerful space monsters you have plenty to think about. 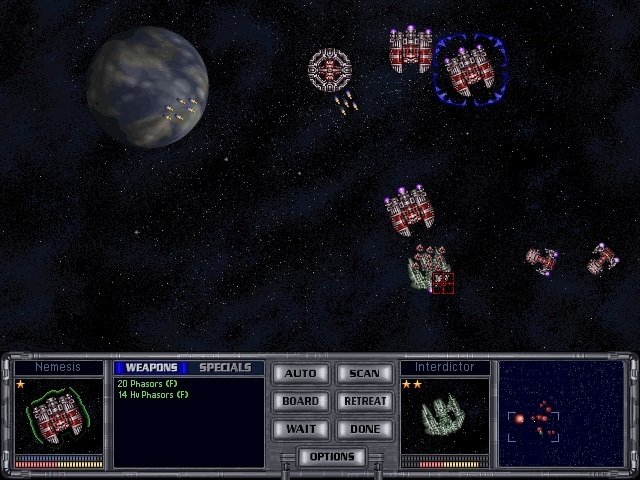 Conveniently all of the important data on food, research, funds, production, diplomacy and ship movements are summarised on a central screen although players will likely go in and out of this mode as they dig deeper into individual territories or planets to optimise their galactic war machine.

This optimisation like most 4X strategy titles is primarily controlled by pulling colonist levers on farming, industry and research. With some changes to the way surplus food and money are handled players can now also provide greater support to struggling planets although this does require significant micromanagement to pull off. Each of these levers is also sufficient to be a game in its own right with countless little details to learn and flow on impacts to consider.

Master of Orion II: Battle at Antares is as deep as the galaxy the game is based within and ensures you’ll never be short on galactic level management decisions.

Games Finder is a Steam Curator and featured in the aggregate review scores data of MobyGames and Neoseeker.
FEATURED ON
Games Like Civilization
LEAVE A REPLY Cancel Reply