Master of Orion III is the third game in the popular space strategy franchise that has consistently delivered a 4X strategy style game with similarities to the Civilization series albeit at a galactic scale. With the complexity of the franchise mechanics it can be a steep learning curve for new players although experience in other grand strategy games will serve you will on the single player and multiplayer challenges ahead. 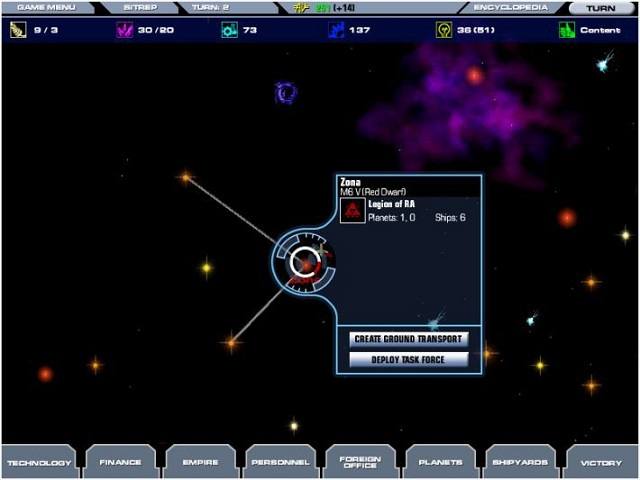 Unlike previous games in the series Master of Orion III introduces a number of game mechanics to help automate the process of gameplay and move away from the traditional micro heavy game style. The trade off is of course the lack of granular control that fans have come to expect from a Master of Orion title and hurts those that specialised in their micromanagement of game systems for competitive advantage. Complexity from the number of playable races was also reduced to allow for an easy entrance into the strategy portion of gameplay.

This decision was not necessarily well received by fans of the series to date although it was definitely necessary so that the game could expand to the size it wanted to and still remain playable by a human being, particularly one new to the franchise entirely. When combined with some broader universe changes and the poor release state from a technical point of view Master of Orion III is generally considered the weakest of all games in the series. 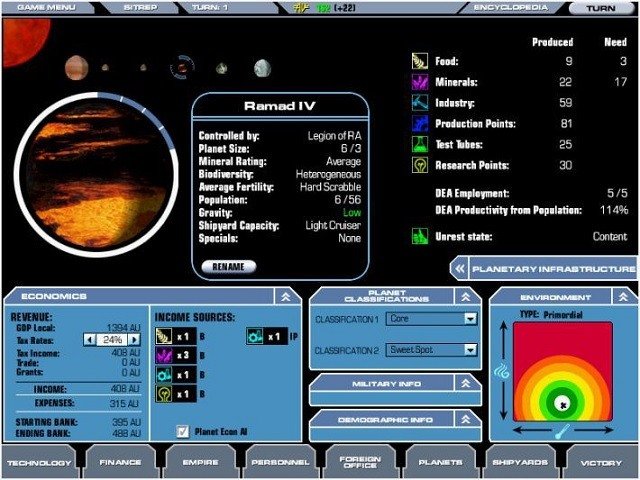 The game worlds offered in Master of Orion III is definitely not shy on size with the largest generated maps offering around two hundred stars for players to explore which each can have anywhere from one to eight planets beyond that. All of these planets have varying statistics with some being uninhabitable for your race but might be perfect conditions for a different race just as you would expect in the real galaxy and creates for some interesting dynamics. As the game progresses this becomes less of an issue though thanks to terraforming technology that lets you eventually claim as many planets as you have the resources for.

In each game of Master of Orion your ultimate goal is to take over the galaxy in one of three ways which provide the win conditions for your race. The first and often most easiest path to victory is to gain control of the Senate which is the political means of victory and one any Star Wars fan would be familiar with. The second and next most difficult victory is to track down the five Antaran X items that are scattered around the galaxy that provide a  level of power which cannot be matched and provides an exploration victory option. Finally, players can attempt to use military means to destroy other races in the galaxy which is definitely the hardest option given the size of the galaxy and the number of enemies you’ll encounter but remains an option regardless and might be one element of your broader victory when fighting against multiple races. 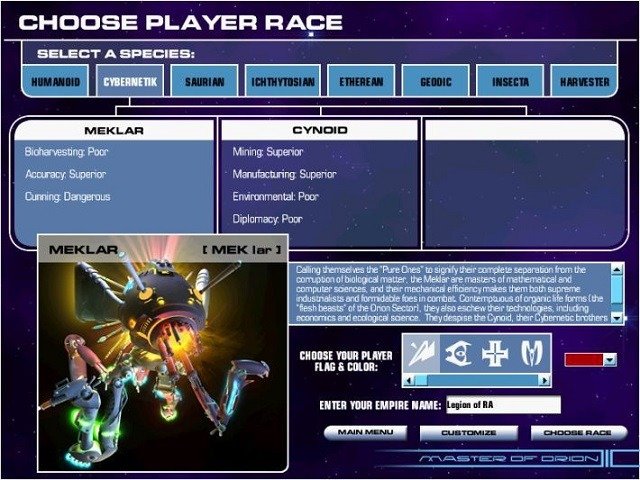 To achieve one of the victory conditions listed above players will have to use their diplomacy, technological advances and spies in an appropriately aligned strategy. Technology is arguable the most important aspect with six different types of research for players to pursue based on their preferred game style across the biological sciences, economics, energy, maths, physical science and social with research pathways in any of these being able to improve your terraform abilities, combat, economy, spying and other game mechanics. Spying in particular has similar category granularity allowing your spies to specialise and provide different spying output for your benefit by putting your opponent at a disadvantage.

Games Finder is a Steam Curator and featured in the aggregate review scores data of MobyGames and Neoseeker.
FEATURED ON
Games Like Civilization
2 COMMENTS
LEAVE A REPLY Cancel Reply