Medieval II: Total War is the second game in the Total War series to take place in a Medieval setting and is the overall fourth game in the highly tactical strategy series. Just like the previous instalments in the series the game combines turn based and real time elements as you make your way across the map through conquest and allegiance. Fans of the original Medieval: Total War will enjoy the familiar setting as players once again battle across Europe, the Middle East and Africa using medieval weapons, tactics, religion and politics to support their progression from late 1000s to early 1500s. 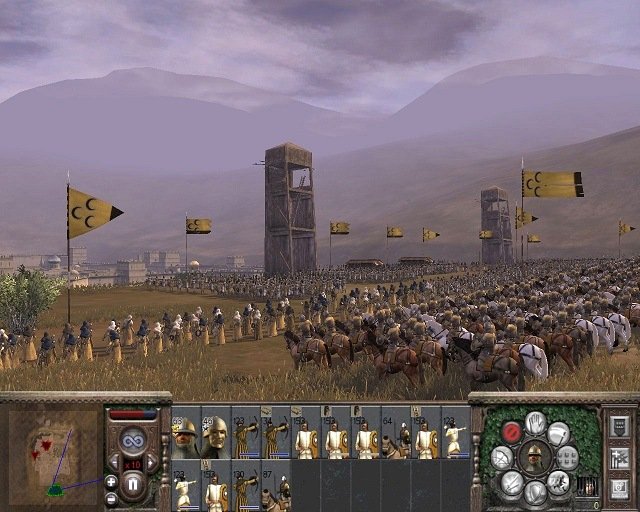 In the core campaign for Medieval II: Total War players can select one of the available factions which are based on realistic civilisations during the aforementioned time period and aim to achieve specific objectives on the map. There are a total of 21 featured within the base gameplay (22 including the rebel faction) and the player slowly unlocks the ability to play 17 of them by advancing through the campaign. Given the medieval setting this list includes the likes of the Byzantine Empire, England, France, Russia, The Turks, Spain and Moors amongst others.

Of course each faction comes with their own preferred style and unique units so each faction requires a different strategy to be used in play (or conquered by the player). This is where much of the replay value of the game comes from as you attempt to either master a single faction or try to play them all and leverage their unique talents. For example when playing as England you’ll start with London and two castles of Caen and Nottingham with a reasonable starting purse value of 10,000. Like similar historical strategy games the English also field fantastic longbowmen with faction enemies of France and Scotland in the campaign. On the other hand the Turks start to the East of the campaign map with a smaller purse of 8,000 with strengths in heavy infantry and mounted archers. 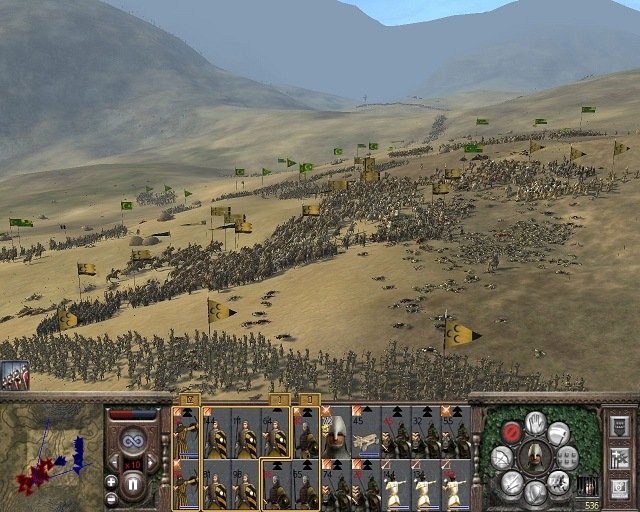 Medieval II: Total War provides support for both short and long length play with players able to opt for short or long campaigns that have different victory objectives in terms of enemies defeated, settlements controlled and cities captured which alters the dynamics of your strategy in turn. An expansion pack titled Medieval II: Total War: Kingdoms expanded the campaign options significantly by adding 4 themed campaigns linked to the Spanish, British Isles and various Crusades which limit your game area to a small section of the overall world but add more locations to the smaller area. Other expansion enhancements included 13 new factions, 10 additional units and 50 extra buildings.

Once you’ve chosen your preferred campaign option the game plays out like any other Total War experience with players managing their settlements, conquering new ones and raising armies while also having options available for trade and diplomacy. The balance of your overall strategy is easy to drive in a desired direction through resource investment, settlement management, religion, research and general unit movement between map locations although your enemies will not necessarily always co-operate with your strategic vision. If war is the path you’ve chosen or it is forced on your by the AI players enter the real time tactical combat portion of Medieval II: Total War to settle the dispute or you can let the computer automatically decide the outcome of the battle. 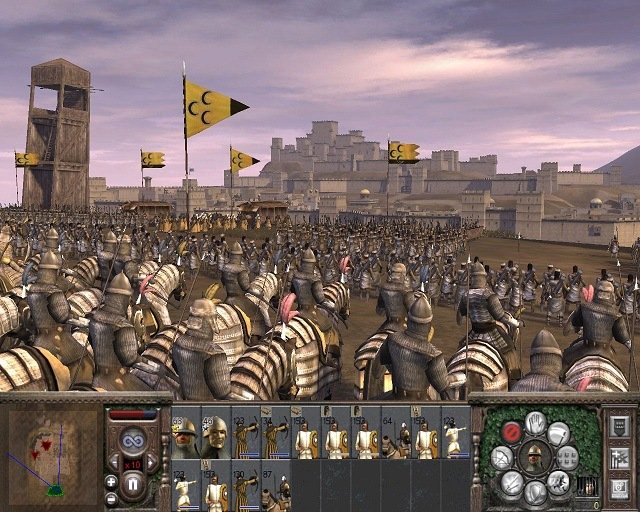 The battle system in particular continues to be refined with troops utilising more varied movement patterns, changing appearance based on their equipment and subtle changes to troops on an individual level to help them come alive as individual fighters rather than a squad that all look identical to those around them. While not as impressive as some of the modern releases in the franchise Medieval II: Total War provided a reasonable leap forward in this area although in turn did dramatically boost the system requirements required for the time.