Mercenaries 2: World In Flames is all about huge explosions and the open world environment. The game was released in 2008 and is available for PS2, PS3, Xbox 360 and Windows. 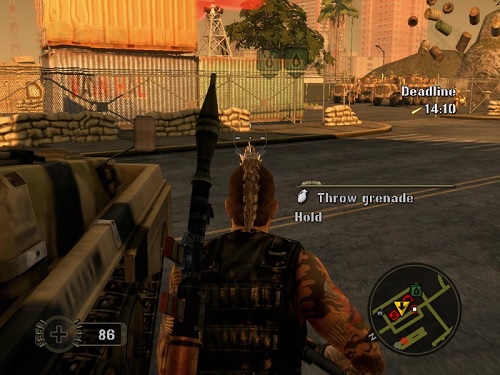 In the game you’ll take on the role of a mercenary (in case you hadn’t gathered that from the name) and battle against a power hungry tyrant as you try to complete your contract. Mercenaries 2 offers plenty of freedom and lets players literally blow up everything in the game as they complete missions the way they want.

Players will even be able to build up their own private army with NPCs of their choosing which provide support, bonuses and equipment. Developing this side of the game is very important to long term success and adds a very interesting element to the overall Mercenaries 2 experience.

Mercenaries 2 is set across Venzuela after the player is betrayed by one of his contract holders. From here the player attempts to gain their revenge by working through a number of contracts and helping various factions of their choosing. These contracts can range from storming enemy bases to resource destruction and even kidnapping. All the while players will be upgrading their available weaponry to inflict even more carnage in the game world.

Not only does the game offer an impressive list of weapons to choose from it also includes a large selection of vehicles for players to jump in. Vehicles have huge variety including cars, bikes, tanks, helicopters and even boats. 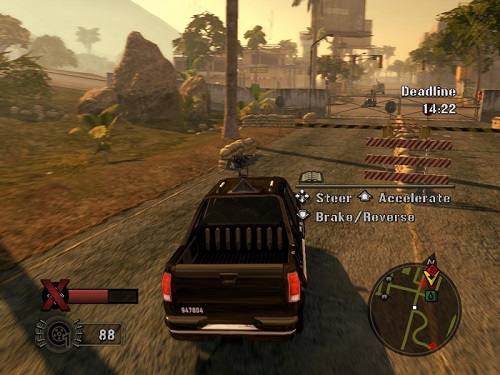 Players aren’t alone in the game world either thanks to the online co-op feature that easily lets you jump into your friends games and help them get the job done. As far as co-op experiences go Mercenaries 2 definitely promises one of the best with all the destruction you and a friend can unleash.

If you want a game where you can just run wild with destruction then Mercenaries 2 might just be exactly what you are looking for. The game does feel rough in parts but the destructive and impressive environments more than make up for those shortcomings.