Taking the popular Metal Gear Solid franchise further with the ninth core game in the stealth franchise players will lead the familiar mercenary of Snake through a campaign in Soviet occupied territory. Advancing the story nine years after the events of the previous game (Ground Zeroes) you’ll tie up a number of loose ends as you advance through the levels that offer greater player freedom than past titles. 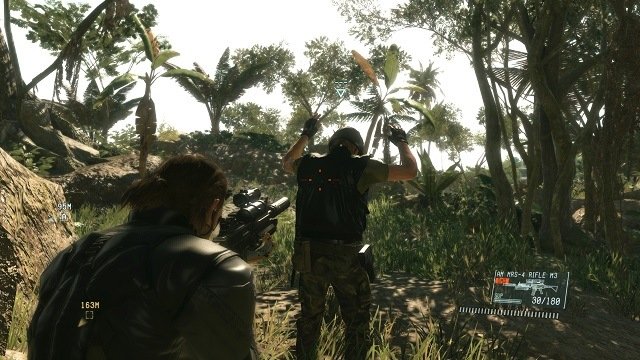 Mainly focused around the Afghanistan and Angola-Zaire border with Punished (Venom) Snake looking to take his revenge on those that decimated his forces and nearly killed him as well in the climatic story of Ground Zeroes. With Big Boss falling into a coma after these events and waking up 9 years later straight into an assassination attempt on his life by a Cipher assassin. After this attack he adopts the Venom Snake codename before adventuring to the Soviet-Afghan War border to begin his story of revenge.

Meeting with some familiar friends and rivals this story of solely revenge quickly shifts to something else as you uncover a wider plot that has broader impacts for the world. Involving a parasite capable of killing anyone that speaks English and the use of nuclear weapons the story of Metal Gear Solid V: The Phantom Pain is high stakes and a wild ride before revealing an unexpected twist at the games end. 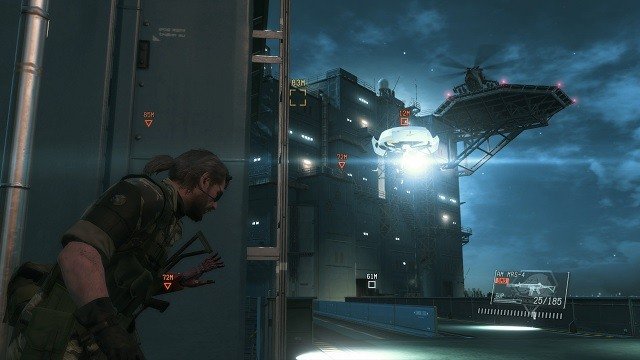 The story plays out through the familiar third person perspective of the series as players explore an open world with significantly more freedom than player s have had before. Core gameplay is still fundamentally a stealth game though with your objectives across the main missions requiring you to sneak through guard locations and avoid detection while completing your task. With a vast array of equipment, lethal and non lethal weapons available Metal Gear Solid V: The Phantom Pain ensures players have all the available tools to achieve this stealth challenge. For the most part players are free to decide the order they tackle the main missions helping the sense of crafting your own story which with the combination of some light RPG upgrade mechanics lets players gear themselves up for what each mission requires.

Players are not required to solo these challenges though with the ability to call support for the air for airstrikes. A number of companions can also join you on the ground with a sniper, horse, wolf pup and deadly mobile weapons platform known as D-Walker. These can also be use to assist your exploration of the world with horseback riding combined with traditional vehicles like the jeep. 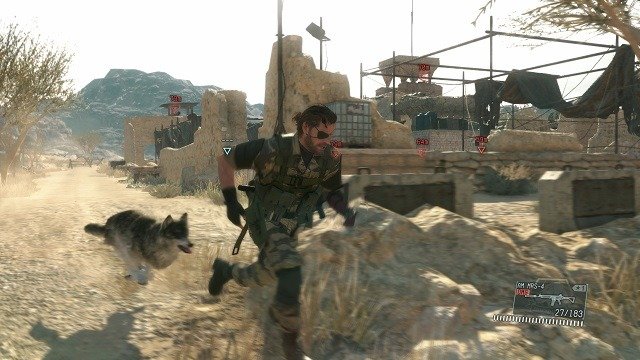 Other notable mechanics include a day-night cycle that players can speed up as necessary to analyse troop movements and an AI that adjusts its tactics in response to the player. For example aggressive players will find that that enemy guards equip themselves accordingly.