If you prefer your shooters with a horror element then Metro: Last Light will be sure to entertain while giving you a scare through strange enemies and the additional survival elements. The game world of Metro: Last Light has been carefully crafted in the process with some amazing realism to bring you in deeply to the story and setting. Serving as a sequel to Metro 2033 players with experience in the original will pick up on the little subtle nods between the two titles.

This is made more important with the plot directly tied to the events of 2033 and for continuity purposes assumes that the ending involved Artyom sending a missile into the nest of Dark Ones. This also came with an official ranger status giving Artyom a new place in the post apocalyptic themed world of the Metro franchise. 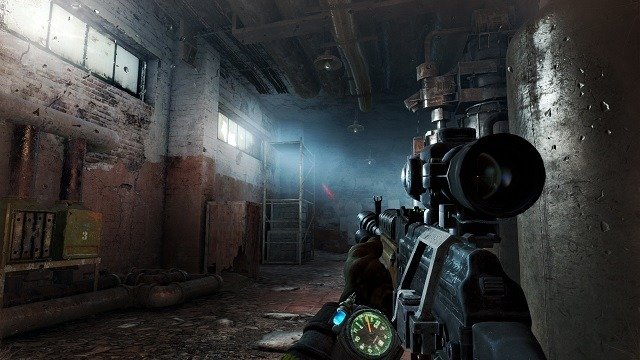 In terms of Metro: Last Light plot you’ll find it still orientated around the Dark Ones as players hunt down the last of them with sub plots revolving around a recently discovered military facility. As an attractive source of materials and technology it pulls all the factions together as they fight for control over the new territory. Throughout Metro: Last Light holds the same dark atmosphere of the original and even tops it making this adventure on par if not beyond the first.

Atmosphere is not the only mechanic to return though with Metro: Last Light featuring the same hidden karma system of the original with players gaining negative or positive karma throughout the story based on their actions which ultimately changes the game ending. Karma isn’t earned solely from story elements though with players even able to get positive karma for more simple actions such as donating to beggars giving it an all encompassing karma mechanic. 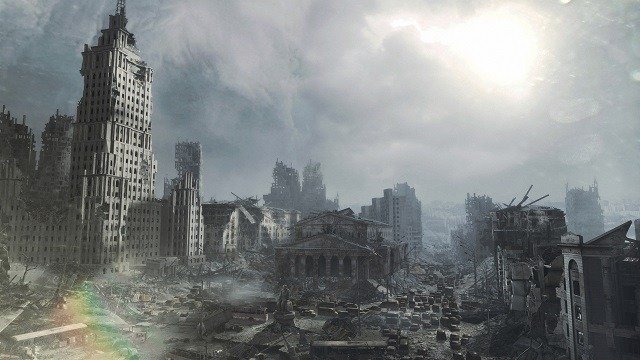 Gameplay is fairly standard for a first person experience and the standards established by Metro 2033 with players able to choose various weapons to dispatch their enemies which can be both humans and mutants depending on the current mission. Ammunition remains as a scarcity in Metro: Last Light though and will have players thinking carefully about ammo management and ensuring they make every shot count.

As an alternative to saving ammo players can engage in stealth based gameplay with plenty of game scenarios offering the player the choice of stealth or direct assaults. Stealth is particularly interesting with the ability to interact with the environment such as switching off electricity or turning light bulbs so they go out to create your own cover of darkness. 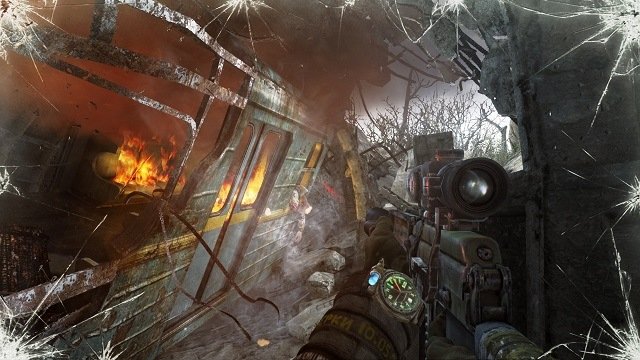 In between all of the combat or stealth sequences you’ll need to scavenge around for air filters which allow you to venture onto the surface with your gas mark, much like the original Metro. It’s an important gameplay mechanic but also story telling technique as it shows off the devastation of the planet to players and helps to remind you what has been lost. This is made even more evident with the lack of HUD and dirt or blood that can accumulate on your mask to build the realism.

Following the design of the original two endings await players at the end of the dozen hour campaign based on their actions throughout. With the impressive atmosphere of the original Metro 2033 it was always going to be a difficult follow up but Metro: Last Light has managed to replicate it perfectly.