Capturing the Pokemon experience and bringing it to iOS devices is Micromon, a game of over 100 monsters, PvP and a detailed storyline to enjoy. 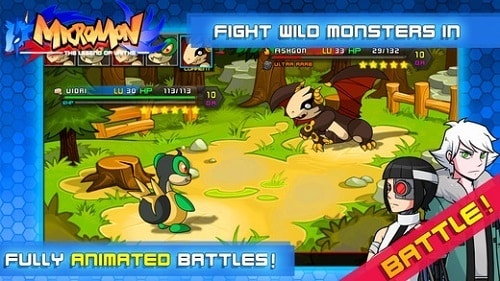 Micromon stays very close to the monster capture RPG that it pays homage to through its creation by porting the main character into the digital world of Pixekai where you are introduced to a strange professor who encourages you to go out on a mission to tame the 130 Micromon in the game. Part of this monster driven quest is to defeat the 4 Legion Members to achieve the rank of an ultimate tamer.

As the game develops players will encounter a number of towns that present their own side quests and style while encouraging exploration. A dark evil corporation known as Black Root is also paired with a legendary Micromon known as Vaithe to beef up the story portion. Micromon definitely captures the Pokemon experience to the letter but that doesn’t make it any less well-written or put together.

Monster battles are also as one would expect with combat involving the selection of your desired skill with certain elements effective against other types. Micromon is much simpler in this regard with only 6 elements (water, mineral, normal, fire, wind and special). Battles do have some differences though such as the ability to retain all skills that your Micromon learns as they level up.

While only 4 skills can be part of a monsters move kit at once this does allow you to swap their skill setup more easily to fit your needs. Micrormon doesn’t skip out on monster depth either, using its own development ranking (DR) attached to monsters which impacts upon their stat growth. 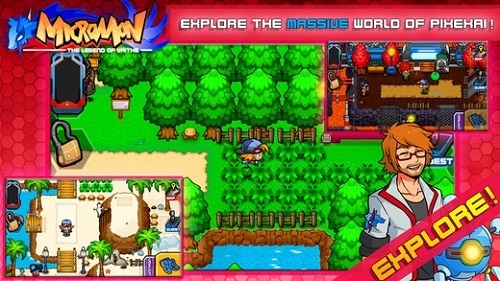 Another advantage that Micromon has is seamless multiplayer thanks to the iOS platform. This makes it easier for players to swap between the single player and multi-player elements of the game which is where many of the game rewards are available (eggs for Micromon, premium currency, items, etc).

For the price there really isn’t a reason to pass up on Micromon there simply aren’t any other comparable options for iOS.

This review was first published on November 5, 2014. Read our update policy to learn more.