Middle-earth: Shadow of Mordor puts you in the middle of The Lord of the Rings universe as you combat orcs with a deadly ranger that also possesses unique wraith abilities. With strong sword combat, stealth mechanics, a large open world and a unique nemesis system Shadow of Mordor offers a high quality Lord of the Rings action adventure with 30-40 hours of gameplay for completionists. 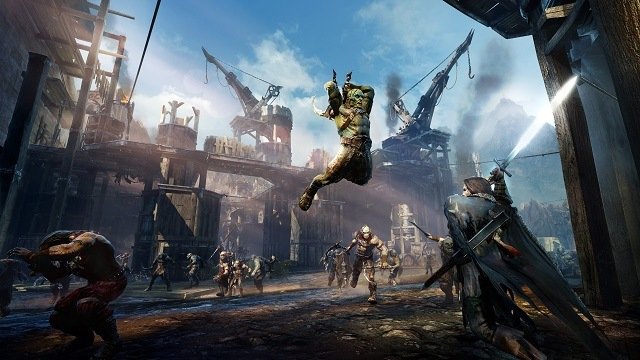 Set during in The Lord of the Rings universe a basic understanding of the lore will definitely be a great asset to your adventure and adds additional enjoyment as you discover the small pieces of lore throughout the game world. That being said this is no means required for players that are happy to simply kill orcs and complete objectives across the game’s dual maps surrounding the Black Gate and don’t mind missing out on some of the deeper lore connections.

In Middle-earth: Shadow of Mordor players take control of Talion a ranger captain in the city of Gondor who is put in charge of watching the Black Gate. Unfortunately an attack on your garrison leaves your family dead and the player merged with the Elf Lord Celebrimbor which grants access to a number of wraith abilities to aide you in your revenge against Mordor for the murder of your family. With Celebrimbor being deceived by Sauron to create the Rings of Power he has his own story of discovery and revenge alongside your own. 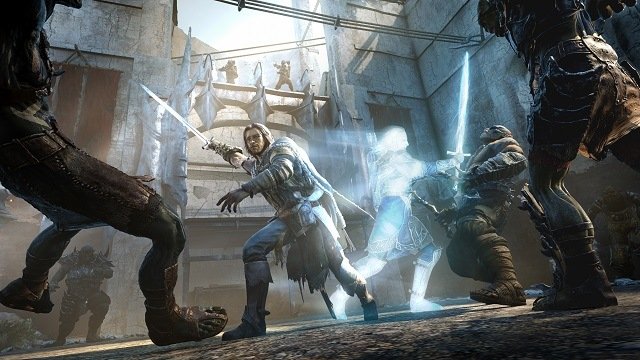 As an open world game players are free to explore the game locations and pursue side quests at their leisure with the world of Middle-earth: Shadow of Mordor being split into two distinct maps that are filled with enemies, creatures, quests and side activities. Moving on foot or by animal players move around the map accepting these semi-instanced based missions while dispatching orcs by sword, bow or dagger.

To support each of these playstyles players can develop various abilities to enhance the playstyle of Talion and Celebrimbor through the two separate skill trees giving you power to face increasingly large groups of enemies or tough orc leaders. Additionally a rune system and generic health and arrow focus upgrade system tied to game currency provide more general stat based progression. Worth noting though is that diligent players who complete all side missions while selling a few extra runes along the way will be able to unlock every skill and stat upgrade by the end game resulting in more of a RPG pathway as opposed to full unique character build. 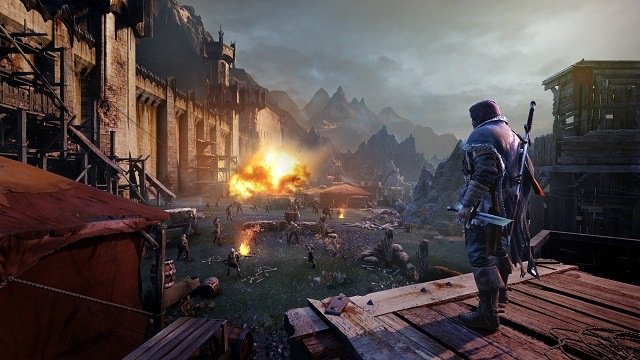 Said runes tie in closely to the unique nemesis system which is the most unique element of Middle-earth: Shadow of Mordor and continued into the sequel with runes being the reward for taking out a leader. With this system orc leaders that you encounter will react to you differently based on your past interactions and even extends to visual changes from your past battles. Examples of the system include orc banter if they’ve killed you previously, a gang of foot soldiers if you’ve threatened them and general battle scars if they barely escaped with their lives in a previous fight.

Unique to each of these leaders are their strengths and weaknesses which can see them commonly being immune to stealth and ranged attacks or weak to creatures or fire. Accordingly your job is made significantly easier by seeking out intelligence to reveal these before taking a fight and being caught unprepared. In the second portion of the game players can even arrange an assassination attempt by a fellow orc by using wraith abilities to overcome a lower ranked enemy and using them as a sleeper agent.

This review was first published on October 27, 2014. Read our update policy to learn more.