Might & Magic Heroes Online brings a much loved franchise into the realm of browser gaming (or alternatively available through Steam). With impressive graphics and animations to bring the game world to life in 2.5D style it’s visually enjoyable but also quite deep thanks to a range of well-designed mechanics that don’t deviate from the core fundamentals of previous iterations of similar MMO fantasy RPGs.

Starting out your adventure players will have the option to either fight for Haven or opt for the evil Necropolis instead which gives you an instant sense of identity in the MMO card realm. This has little impact on the actual gameplay beyond visuals and high level storyline though as each faction has access to the same classes (knight and cleric) albeit visually distinct. This choice of class has a greater impact on gameplay though and will alter both the troops you’ll be using on the battlefield and the spells you have access to throughout the campaign. 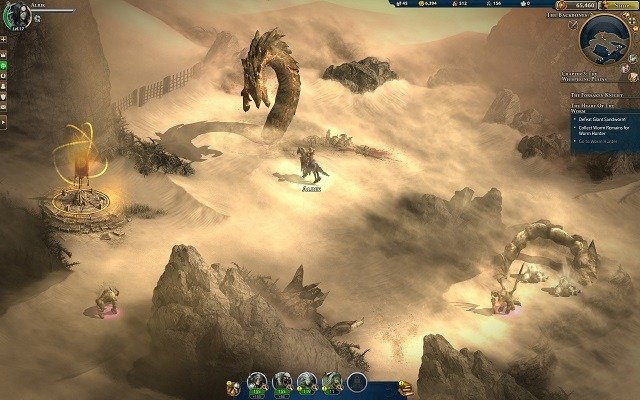 Early visual customisation in Might & Magic Heroes Online is quite poor but does expand as you equip new gear, adopt pets and more to create a character that is unique from the other players that you’ll encounter. This is by no means a short process though so expect to run into equally dressed characters regularly early on that can harm the immersion of the Might and Magic universe the game is trying to create. That being said outside of visual customisation there is also a huge amount of skill customisation as you choose different skill trees to follow depending on your favourite strategy and ensures that you’ll at least be a different character on the inside if not on the outside.

In terms of gameplay Might & Magic Heroes Online splits itself between the strategic hexagonal battles the franchise is known for and a basic town-building element where you’ll manage your army units and technology upgrades and serves as the hub for management of your army. This does mean that players can expect to see some creep of pay to play and progress elements in this portion of the game which is likely to sour fans of the franchise in particular. 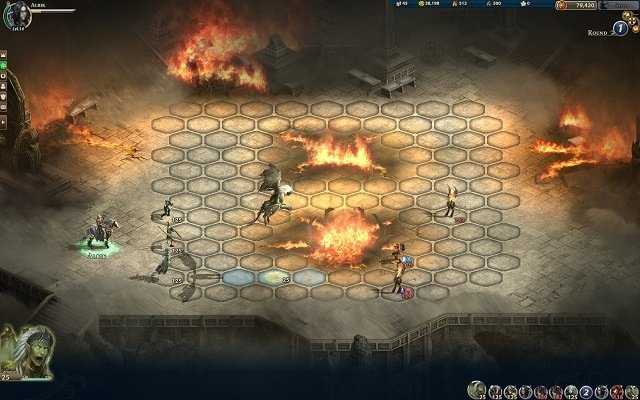 Outside of battles the world is explorable through simple point and click movement, this is where you’ll meet other players and move around the game locations accepting quests from the various NPCs with the usual array of fetch and kill tasks making up the vast majority of your missions but with enough world context that they hold together okay.

Once a battle is initiated Might & Magic Heroes Online jumps into the traditional hexagonal game board where your strategic mix of character skills, troops and spells will be used to achieve a particular objective in turn based fashion. Mechanics such as flanking and backstabbing can also be set up to deal additional damage which require careful consideration of unit movement as the AI can just as easily make use of such mechanics. 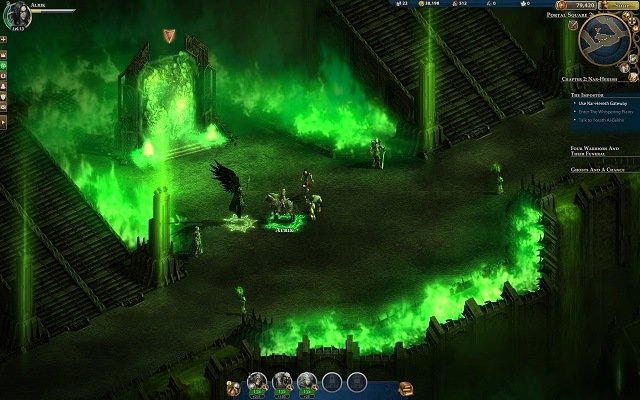 As opponents grow exponentially more difficult overtime players can level the playing field by calling in a friend to tackle a battle co-operatively or do the same with a random player in the near vicinity which helps build this sense of a connected world and player to player interaction that is lacking otherwise.

Might & Magic Heroes Online stands above other browser strategy games on a few elements such as the depth in combat and the well presented graphics for a browser title. Unfortunately these rays of potential are buried underneath free to play pitfalls that make it exceedingly difficult to progress without spending some dollars. This proposition is also even more evident on the Steam version of the game where it is competing against a higher calibre of game compared to the browser based game pool.