Modern Combat 4: Zero Hour takes Gameloft’s franchise to new heights with amazing mobile graphics, tonnes of multiplayer improvements and a solid single player campaign to follow the foundations of the original games. While the mobile shooter genre has seen many Call of Duty clones in the day the Modern Combat franchise has consistently been able to deliver a top mobile experience where others have failed. 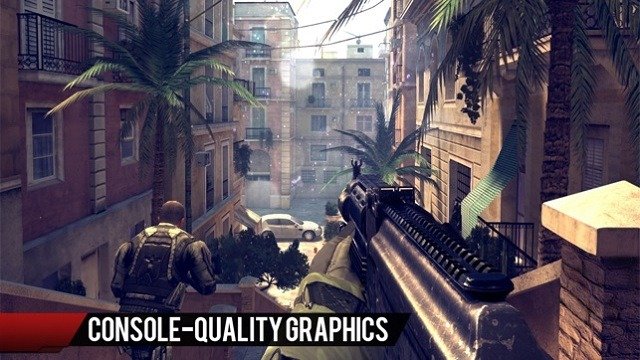 Plot wise the game isn’t going to blow you away with players running across the globe to gather clues, intelligence and take out the bad guys in an attempt to reclaim several hostages (one of which is the United States president). An interesting feature though that Modern Combat includes is the ability to play some of the parts from the perspective of the bad guys instead which helps keep it fresh but don’t expect it to change the story a whole lot.

Gameplay is where Modern Combat 4 shines (particularly in multiplayer but more on that later) for a mobile title. You’ll quickly notice that the game has received a significant boost to its graphics and they look absolutely stunning for a mobile game. While it can’t ever compare to fully released games on consoles or PC Modern Combat 4 will push your phone to it’s limit which of course comes with the unfortunate side effect of severe battery drain. 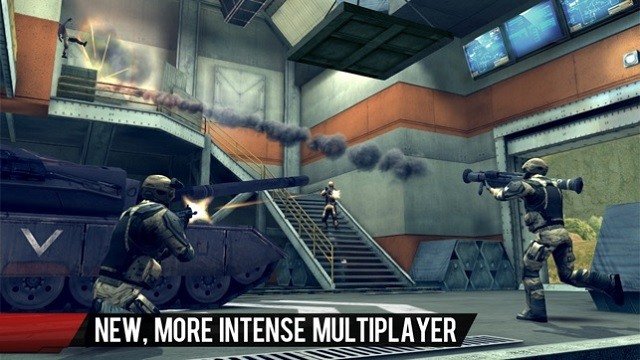 The core elements all return from the previous games in the Modern Combat franchise with players using a variety of weapons, grenades and even their knife to deal with what can be described as hordes of enemies along mostly linear level designs. A number of quick time events also make an appearance though with plenty of new ones to experience over the past titles.

The all-important iron sights and customisable control setup also return in Modern Combat 4 which has become a staple of the series and something that other games on the platform still seem to be struggling to offer. With some customisable skills also available on top of a massive list of weapon attachment customisation players can really feel like their own deadly soldier through the campaign and multiplayer. 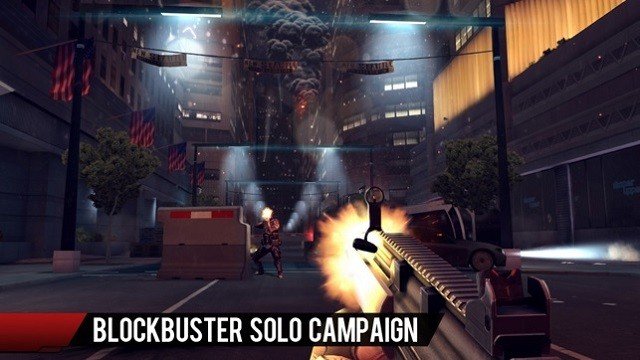 It’s obvious though that multiplayer was the focus in Modern Combat 4: Zero Hour with plenty of adjustments to the multiplayer environment to make it more in line with modern PC and console shooters like Call of Duty (or at least as much as feasible possible for mobile). Most notably is the number of weapons and attachments available in the game that allow players to customise their item load-out provided they have earned enough in game money which provides that underlying progression curve.

With the graphics of Modern Combat 4: Zero Hour well ahead of other games that are currently available in this mobile space and a solid multiplayer community still to this day it’s an attractive offering to fans of FPS multiplayer that want to opt for mobile gameplay instead.

This review was first published on September 13, 2013. Read our update policy to learn more.

Games Finder is a Steam Curator and featured in the aggregate review scores data of MobyGames and Neoseeker.
FEATURED ON
Games Like Call of Duty, Games Like Counter Strike
LEAVE A REPLY Cancel Reply