Bringing a cinematic treat from a basic colour palette is Monochroma, a title that is easy to write off as a Limbo clone but you’ll quickly discover its something just as deep in its own right. 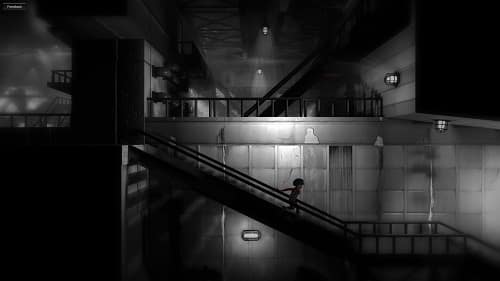 Taking you into an alternative universe your story revolves around the story of two brothers. With the younger brother injured early on in the piece this leaves the older brother to carry him through the madness and puzzles that lie in wait.

The world that you’ll guide the brothers through is made up of black, white and red with a few shades in between. Joining a large list of fairly monochrome game titles Monochroma uses this design choice to maximum effect. With the black and white providing perfect contrast for your impossible situation with the odd flash of red to bring your attention to a point of interest.

The central mechanic of the game revolves around transporting your younger brother and not leaving him behind. Given his fear of the dark players need to put him down in a light source which opens up the ability to jump and move faster as you would expect, while still avoiding the deadly ways that either of you can meet your end. 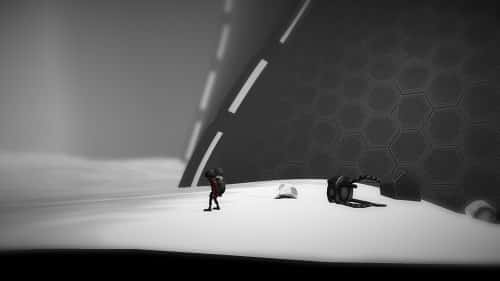 These game ending screens are mixed between failing a platform sequence and falling from a great height to messing up a puzzle that might see you being squashed, burned by flames or drowning.

Careful planning can help you avoid the majority of these but there is the odd right hook that you won’t see coming and requiring a complete strategic shift from your original thought process. Overall the puzzles are the usual blend of environmental and logic with the odd patience based one which requires more exact timings.