Monster Hunter 3 Ultimate (MH3U), belongs to the third generation of the Monster Hunter series and is a new and improved version of Monster Hunter Tri adding new monsters and maps. Like the previous games, you’ll be joined by two companions named Kayamba and Cha-Cha. 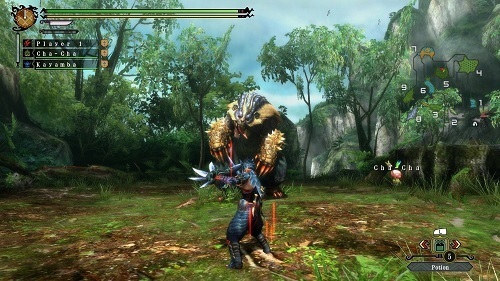 Simply put, MH3U is about, hunting monsters. You’ll venture through several maps completing monster hunting quests within an allotted time. Quests can vary from slaying to capturing monsters with each monster an extremely varied experience.

Monster Hunter 3 Ultimate is not shy on offering a range of weapons with hammers, hunting horns, lances, gunlances switch axes, four types of swords and a variety of bows. There is also plenty of opportunity to upgrade these weapons or forge new ones as you are faced with more harrowing quests and gigantic monsters (seriously, they’re many times bigger than you). Of course, each type of weapon has its pros and cons, and it will take some time to find the weapon that is right for you and your playstyle.

Aside from slaying monsters and completing quests players will also have to mine for ores, catch insects, harvest mushrooms and collect herbs from the ground to upgrade or forge your weapons and armour to make potions. You’ll also have a little farm on the island that is manned by Felynes where you can grow herbs, shrooms and honey.

The game also offers you the option to eat before you embark on a quest to provide boosts which are temporary bonuses that enhance some of your stats for a period of time. 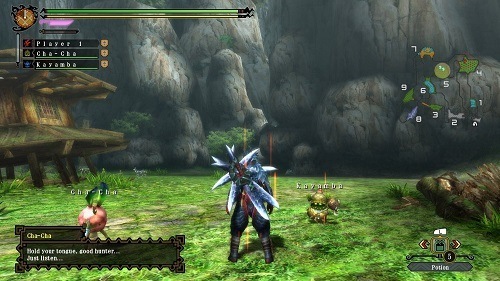 Multiplayer quests are common in the game and add a lot to the overall longevity of the game. These are best enjoyed with friends through the online functionality that lets you connect to other MH3U players regardless of consoles, which is a major plus point.

With countless monsters waiting to be slain Monster Hunter 3 Ultimate promises countless hours of gameplay as you continually upgrade your equipment to take on tougher foes.

This review was first published on June 30, 2013. Read our update policy to learn more.

Games Finder is a Steam Curator and featured in the aggregate review scores data of MobyGames and Neoseeker.
FEATURED ON
Games Like Dark Souls, Games Like Final Fantasy, Games Like Horizon Zero Dawn, Games Like TERA, Games Like Vindictus
2 COMMENTS
LEAVE A REPLY Cancel Reply