Monster Hunter 4 Ultimate builds on the formula perfected from the previous titles with another impressive 3DS game that has you tracking down monsters and battling them in strategic fights as you constantly improve your gear. 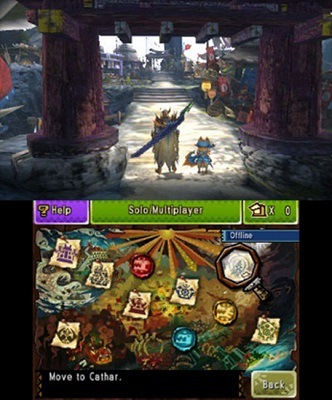 Jumping into the boots of a hunter players for the first time have an expansive story line to explore which does help bring new players into the fold of the series. This story revolves around your very own Caravan which players join after being attacked at sea and defended the passengers against a massive Elder Dragon. As part of this Caravan you’ll endeavour to uncover the source of strange artefact found several years ago.

For those unfamiliar with what the Monster Hunter formula entails players will find themselves taking on various quests and challenges to hunt down creatures in their natural habitat. By doing so you’ll find yourselves gaining various materials along with game money which can be combined together to improve your gear and thus take on increasingly powerful beasts.

With no traditional power curve from levels players will only grow stronger through successful take downs. Each mission is set within its own small area with exploration off the main path often rewarding players with secondary materials such as plants, ores and bugs.

Combat has always been the strength of the series and this continues in Monster Hunter 4 with 12 different weapon types that will alter your approach to battle and can be switched out before you embark on each of your quests. Stamina is particularly central to this combat design with running and attacks draining your this resource and potentially leaving you vulnerable. 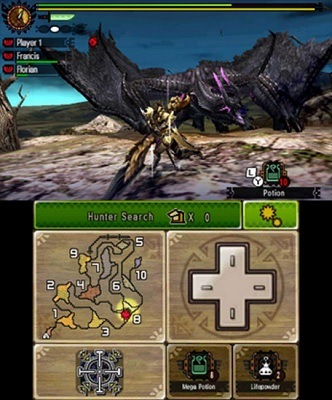 Managing stamina is also more important than previous games thanks to additions such as wall combing, the ability to jump onto the larger creatures and more environmentally responsive monsters.

For those gamers that have been hesitant to explore the depths of the Monster Hunter franchise, Monster Hunter 4 Ultimate is the best new hunter friendly game to date but is of course just as enjoyable for hunting veterans.

This review was first published on July 31, 2013. Read our update policy to learn more.