Monster Legends is the latest game from mobile focused developer Social Point known for their exceedingly popular dragon breeding game, Dragon City. With the latest game in their growing portfolio of games Social Point opts to to take the formula from that original hit and build on it by changing the theme to monsters and introducing a number of other game mechanics. While originally a Facebook game in recent years Monster Legends has transitioned solely to an iOS and Android monster taming title for your handheld device. 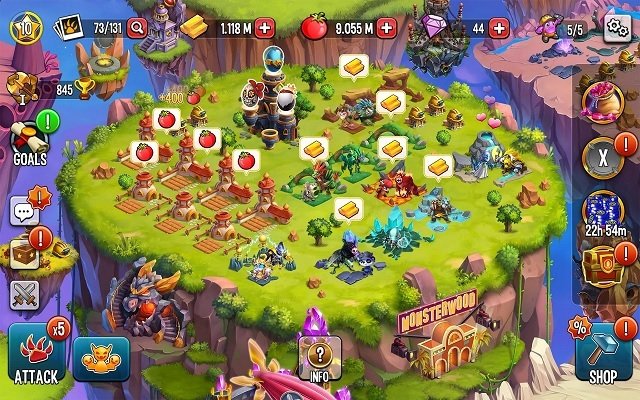 In Monster Legends your ultimate job is to tame the large array of beasts by hatching eggs and breeding them together to create increasingly powerful combinations. This is partly to become the ultimate monster tamer by unlocking them all but also important for the adventure and arena modes on offer. By breeding a powerful team players will be able to conquer both of these modes to progress further on their goal with the currency and other in game item rewards from these activities. As you learn more about the various monsters and associated mechanics that Monster Legends has to offer these breeding techniques will allow you to develop stronger and stronger monster teams to help you climb the player rankings.

In total you’ll have over 900 such monsters which continue to grow with each game update. Split into different rarity groups (common, uncommon, rare, epic, legendary and mythic), element (nature, fire, earth, thunder, water, dark, magic, light and metal), book and generation you’ll find a diverse list of unique monsters to collect. From the common fire beginner monster of Firesaur to the mythic abomination that is The Great Cthulhu no monster is out of reach through traditional breeding or in game events. 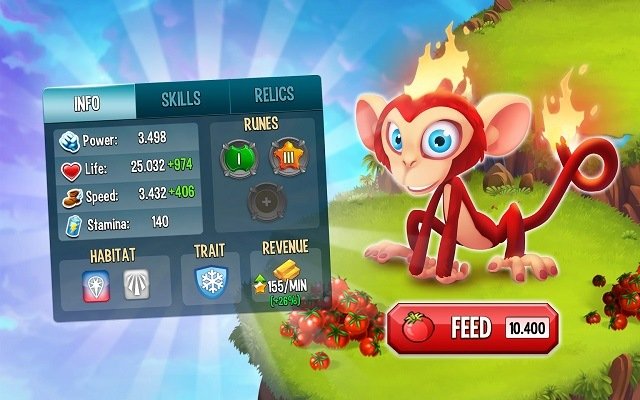 Beyond the visual uniqueness of each monster you’ll find that each has their own statistics of strength, life, speed and stamina that grows with each star monster rank. Similarly you’ll find their gold generation and skills develop in time that are important for reinvesting into the next tier of monsters and the combat side of Monster Legends gameplay.

Gold is pivotal to your long term success given it is central to building up suitable habitats for your monsters to feel at home which has various flow on effects to progression. Combined with keeping them well fed and breeding them correctly to fill up your Monstagram (a monster encyclopaedia) you’ll quickly be overwhelmed with new monster types. With a habitat for each type of monster available to you there are plenty of buildings to manage in your Monster Legends adventure which includes unlocking special buildings, items and décor. 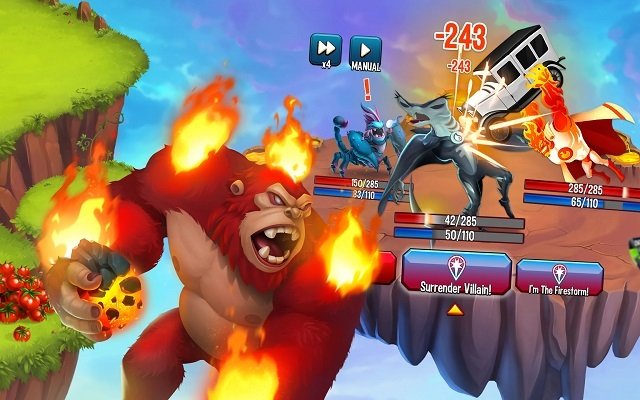 Much of this activity points players back towards the RPG and strategic battles of Monster Legends that emphasise levelling up your monsters for battles, boosting their power with equipped runes or relics and lastly picking the mixture of your monster team. Said team is created by selecting up to three monsters with the bulk of strategy driven by the aforementioned monster elements that provide a 2.5x damage bonus against another element. Unlike other games with similar rock-paper-scissor combat mechanics Monster Legends also makes each element weak against itself for added complexity to your team design.

This review was first published on May 11, 2014. Read our update policy to learn more.