Live out the legends of the stars in Moon Hunters a game that lets you explore a mythical world of mystery with between 1 and 4 players. While a single game of Moon Hunters will take only a few hours it’s the legacy that you create in each adventure and the hidden secrets that encourage you to start a new journey again and again. It’s a game full of so many mysteries that aren’t apparent at first glance and will require many hero adventures to fully appreciate the gravity of the game world. 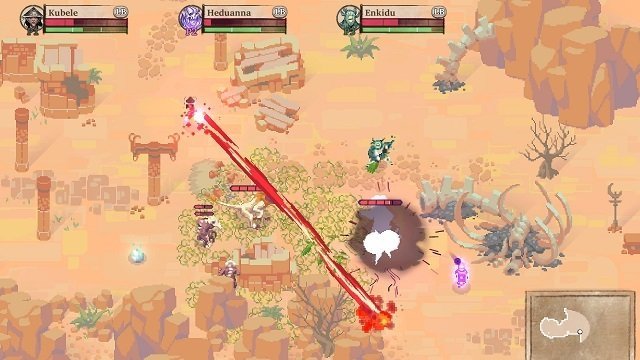 The world of Moon Hunters takes inspiration from mythology and most notably Mesopotamian periods while thrusting players into a story of a missing Moon. With this disappearance aligning with the moon festival and the ever increasing threat of the Sun Cult players choose one of many possible adventurers to locate the Moon Goddess who is a religious an icon for a number of the game tribes.

These adventurers all have very unique skills and rely on different attributes as their source of damage. Characters include the likes of a dual swordsman, witch, mage, druid, song weaver and even an ex sun cultist. Common to all of these is generally a ranged ability and an easy way to move across the environment which ensures between randomised events or enemy packs you can quickly move across the dessert landscapes. 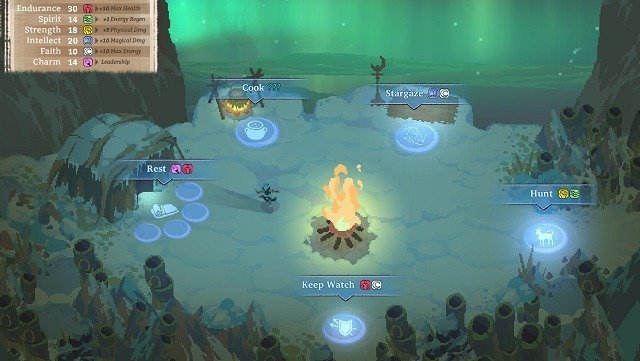 Choice is a recurring theme of Moon Hunters from the randomised events which require the correct sequence of selections to reveal story elements or provide different bonuses to your character based on the actions that you take.

Without the power of Moon overlooking the night sky monsters roam free, magic withers and individual NPCs cower over the fate of the world. While one path will provide balance to the world players will have to play through several stories to find the path that leads to this ideal ending with a number of other ways for your journey to end. Upon reaching the end the choices you’ve made and experiences will shape your characters legend story as you join the constellations in the stars.

This is in part to the procedurally generated game world which changes each time, allowing new events to be found, new secrets uncovered and your actions changed to create new experiences. Whatever the direction you take exploration will be key through the day and night cycles of the game. 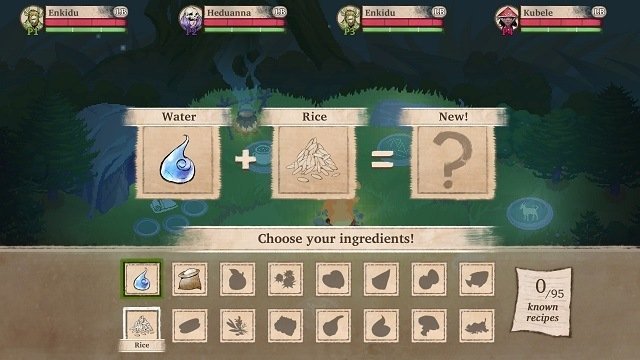 Mystery and myth aside Moon Hunters is mechanically similar to other top down action RPGs with players commanding one of half a dozen characters with their own abilities which includes a primary and secondary attack and generally a dash like ability. While there are no levels power is increased by completing events that appear and performing certain tasks each night that increases base stats. Further power can be purchased from merchants for Opals through modifiers to your fixed abilities.

Overall Moon Hunters appeal lies within the discovery of what the game has to offer alongside the fantastic setting and soundtrack. If you aren’t one usually to replay games for this reason the short game cycle of only a few hours will likely get old before you can truly appreciate the underlying secrets.

Games Finder is a Steam Curator and featured in the aggregate review scores data of MobyGames and Neoseeker.
FEATURED ON
Games Like Castle Crashers, Games Like Journey, Games Like Overcooked, Games Like The Binding of Isaac, Games Like Zelda
LEAVE A REPLY Cancel Reply