Morrowind belongs to the Elder Scrolls series and is the third game in the popular open world fantasy RPG series. The game was released in 2002 and is available on Windows and the Xbox. 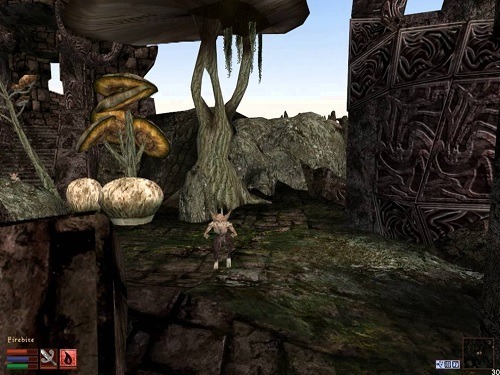 In this episode of the Elder Scrolls series players will be able to explore the land of Vvardenfell which is a large island within Morrowind. During this adventure players will follow the story of the deity Dagoth Ur who calls the Red Mountain his home. This deity wishes to seize control of Morrowind and free it from the Imperials.

In the game you’ll arrive to the Morrowind by boat as a prison due for release. This release process covers both the tutorial and character customisation, a recurring theme in the series. Customisation is fairly deep in Morrowind (especially considering the time of its release) with players able to choose their sex, gender and class which ultimately changes your starting stats and skills.

Gameplay is fairly similar to the other Elder Scrolls games with some key game mechanics introduced that would later became staples of successive games in the series. The skill system from the previous game returns with players increasing various skills by use or study.

As a basic example your sword skills will only increase while attacking enemies with a sword. Alternatively players can study with one of the various NPCs in the game which each have their own specialities or read any training books that they are able to find. In total there are 27 skills for players to use which fall under one of three class specializations (combat, stealth or magic). 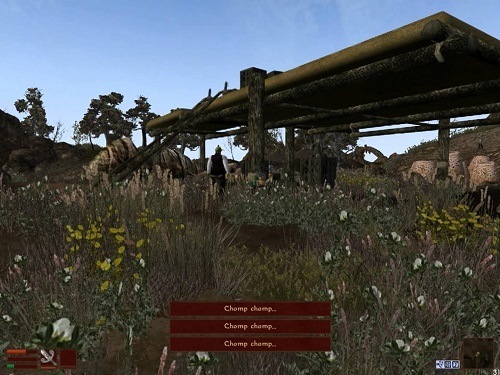 In addition to skills players also have eight attributes which do have some impact on their associated skills. Attribute starting values are heavily dependent on your race and class choice at the start of the game. The attributes available in Morrowind include Agility, Endurance, Intelligence, Luck, Personality, Speed, Strength and Willpower.

There’s plenty of role playing in Morrowind for even the most diehard of fans and should be on any gamers must play list. If you can look past the dated visuals you are surely in for a treat.

This review was first published on May 24, 2013. Read our update policy to learn more.