Solve the mystery of your own murder in Murdered: Soul Suspect, a unique and ghostly experience that lets you piece together the clues one by one on a large list of platforms. 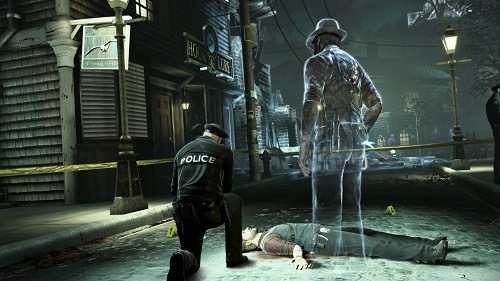 Set in the town of Salem, Massachusetts the game centres around the Bell Killer, a relentless serial murderer who just claimed his lasted victim, you. Stepping into the ghostly shoes of detective Ronan O’Connor players attempt to put the pieces of the puzzle together surrounding their own demise.

Gameplay is a third person affair in Soul Suspect as players explore the town of Salem in various levels. It isn’t completely open with a number of restrictions on your movement but the areas you do get to explore are brilliantly designed. Through what exploration players to have access to they’ll uncover necessary clues which can be linked together to advance the story. In addition to these vital pieces of information the game also included hundreds of collectible items.

Despite the fact that players are already dead there are threats that you will encounter in the form of demons. These powerful enemies will easily overcome Ronan directly which is where careful sneaking and use of your available skills comes into play.

Skill such as walking through walls, teleporting and taking over other characters to hear their thoughts and see from their eyes. Players can also do other ghostly things such as tossing papers around, which serves little purpose other than to freak out those around you. 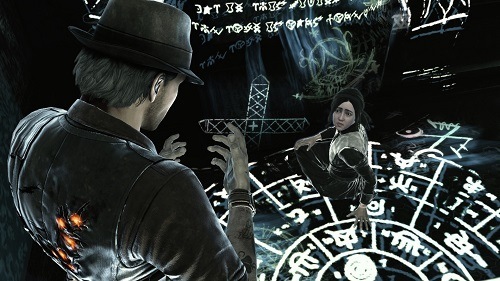 The uniqueness of Murdered: Soul Suspect puts it somewhere between the linear adventures of similarly cinematic like adventures (ie; Beyond Two Souls or The Walking Dead) and more action orientated mysteries like L.A. Noire.

If you approach the game with an open mind and the expectation of something that is about the experience rather than the difficultly or amount of choice you’ll be well rewarded.

Games Finder is a Steam Curator and featured in the aggregate review scores data of MobyGames and Neoseeker.
FEATURED ON
Games Like Beyond Two Souls, Games Like Firewatch, Games Like Gone Home, Games Like LA Noire, Games Like Life is Strange, Games Like The Walking Dead
LEAVE A REPLY Cancel Reply