If you’ve ever wanted to step into the shoes of the great Napoleon then you’ll love the experience waiting in Napoleon: Total War. Just like the other games in the Total War series it blends turn based gameplay with real time tactics. 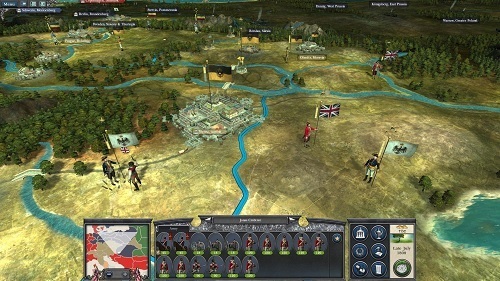 In the game you’ll get the follow some of Napoleon’s great battles from Europe to the Middle East and North Africa during the 18th and 19th centuries. You’ll be assuming the role of Napoleon Bonaparte himself as you take to the campaign map and try to overcome your various rivals in four different campaigns.

As this is the sixth game in the Total War series fans will be very familiar with the flow of the gameplay which is similar to previous instalments in the series. Gameplay still revolves around two different core elements; the governing of your territories and the real time battles where players command large numbers of troops.

Governing your territories is where much of your time is spent and is handled in a turn based manner. During this stage it is up to you to construct new buildings, create units for battle, research powerful technological advantages, send out spies, trade or engage in diplomatic talks.

Once the player decides to ride into battle against an enemy the game will then switch to its real time counterpart where players oversee battles in real time. Mastering both elements is the key to your success in Napoleon: Total War but there is enough flexibility that players can spend more time on the parts that interest them. 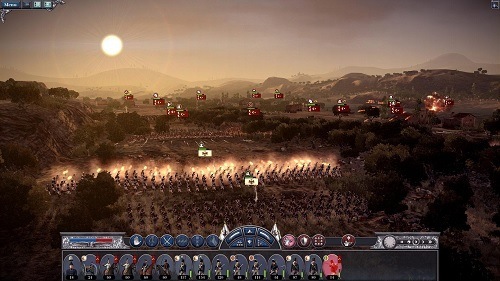 There are plenty of mechanics to the Total War series and Napoleon: Total War is no exception with plenty of different game elements requiring careful consideration before making a move. While many of these mechanics come from previous games there is enough tweaks and adjustments that make the game feel like a fresh and different experience.

Napoleon: Total War is another great inclusion in the Total War series with some great refinements to the core gameplay and multiplayer environment.