Opting to lean heavily on the action role playing framework established by games before it Necropolis mixes the likes of randomisation, loot and varied equipment to create a randomised Dark Souls like Adventure game with rouge-like undertones providing ample challenge. Following it’s original release and player feedback a Necropolis: Brutal Edition version was released expanding further on the game world with a new character, biome, AI and loot. 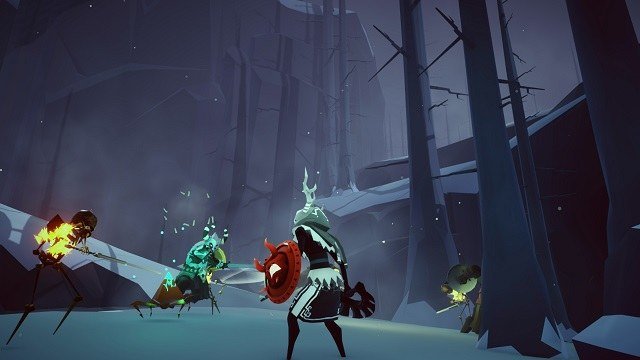 Something that stands out early on in your Necropolis adventures is the art style which is bound to intrigue players with geometric shapes and strange enemies littering the various biomes of the randomised world. Thanks to the randomisation behind the scenes you’ll be intrigued for dozens upon dozens of runs as you encounter new enemies, map designs, loot and more with every single Necropolis attempt. With the light touches of rouge-like design in place as well it’s a random generator you’ll likely roll many times on your path to defeating the game.

Visuals aside gameplay will be instantly familiar to players of Dark Souls and Dark Souls like titles with action based mechanics reliant on players being strategic with their attacks and dodges. As one would expect you’ll have your ever important stamina bar which needs to be carefully managed for combat success in particular and prevents button mashing of other more traditional action titles. 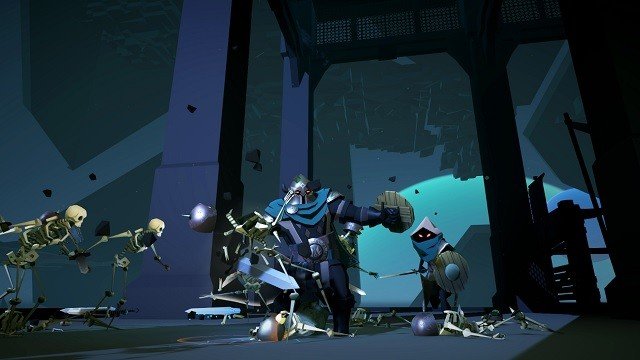 One mechanic that is particular important to manage in Necropolis is your heavy attacks which are vital for dispatching the larger single or groups of enemies but have the side effect of both draining your stamina bar and reducing the maximum value until it’s recovered with food or potions. This creates a unique balancing act of when to use your large attacks as there can be dire future consequences, particularly if you are low on resources already.

Generally though resources are thrown at the player in healthy doses (provided luck is on your side) although some are rarer than others and can leave the player having to adjust their crafting around the materials they do have readily available. Crafting is done in game (no pause) at any time during your adventure making it all the more important to be prepared before a fight takes place. Other items also drop regularly from potions, scrolls and valuable items although vague descriptions make these hard to rely upon unless you have no alternative (something that the brutal edition did correct somewhat). 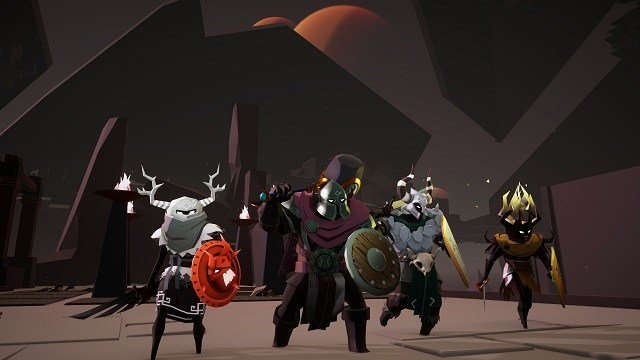 Co-operative gameplay is really where Necropolis shines as it adds the ability to revive your friends, ensuring deaths are much less common while also providing plenty of laughs as you accidentally kill each other as you swing your weapons around with the always on friendly fire. Necropolis supports up to 4 players total with drop in and out functionality for seamless joining and leaving.

Just like the battles you’ll have with enemies within Necropolis there are hits and misses scattered throughout. While the hits are noted above the misses will come through when it comes to in game information of mechanics and the frustrating combat bugs that can take away some of the otherwise interesting weapon based combat

This review was first published on August 14, 2016. Read our update policy to learn more.