Step into the strange and hand drawn world of Nepenthe, a game that pushes the fourth wall aside with inspiration from the likes of Earthbound and Undertale. Don’t be fooled by the seemingly simple graphics though as Nepenthe is anything but a straightforward game, hiding multiple layers of choice and endings.

One of these choices is presented from the moment you press ‘Z’ to start your first of many Nepenthe journeys with the option of adventure and story modes. Adventure mode is reminiscent of Undertale with bullet hell style combat that can be quite tricky at times while story removes the difficultly of combat and lets you focus on the decisions and plot. Story mode also doubles as a convenient way to replay Nepenthe for the alternative endings without having to conquer battles for a second time. 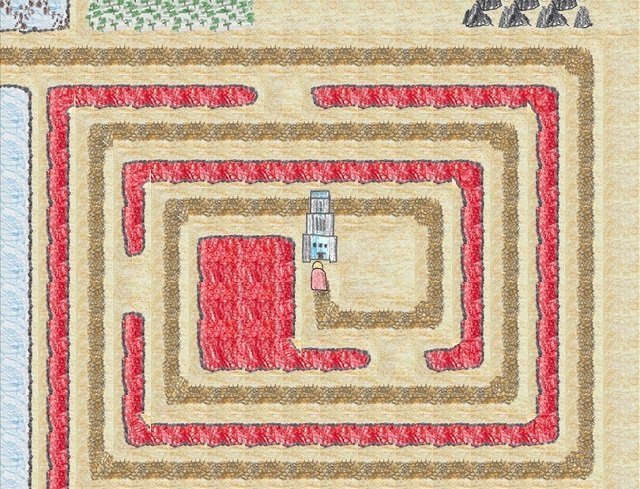 With the difficultly of your adventure selected Nepenthe moves into its cliche opening (which it openly acknowledges through dialogue). This opening has players taking control of their bald human character as they collect an end of the world prophecy letter before sailing away to deliver it. After crashing at sea and waking up with no memory you’re temporarily rescued by a blue blob who seems helpful until he subsequently tries to eat you. Herein lies your first lesson of the Nepenthe world and you’d do well to pay attention, nothing is as it seems at first glance.

After your first brush with death and going through a combat tutorial players are pushed towards finding the Magistrate who is portrayed as a benevolent and evil dictator from the early inhabitants you talk with. The path to this Magistrate and your subsequent tasks is where the diverging stories of Nepenthe begin and conclude in 1 of 3 potential endings. Through fantastic game design that is only evident once you’ve unlocked all 3 endings you’ll realise the deck was stacked against you from the start pushing you far away from the “good” ending in your first playthrough which is all part of the Nepenthe experience.

With each playthrough taking around an hour combined with the discovery of these endings Nepenthe is definitely not designed around a single attempt. This is evident in the almost teasing game ending screen which will tell you which of the 3 endings that you achieved while providing clear guidance to players that there are still more endings to be discovered. Nepenthe encourages you to seek out the small actions and decisions along your journey that will change your fate and that of the games inhabitants. 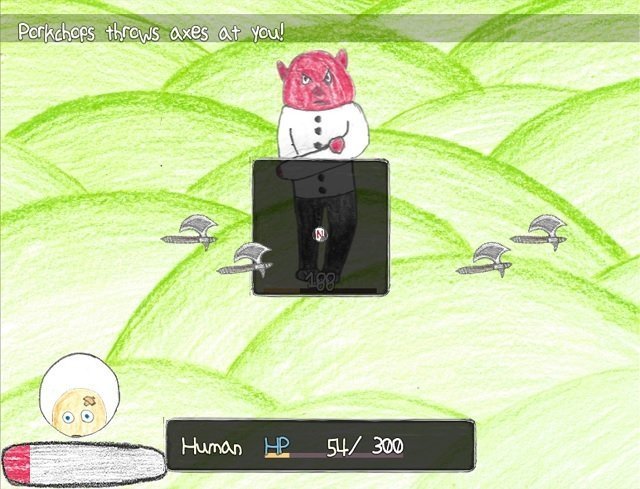 A key part of this discovery is exploring all available options and facilitated with either WASD controls or clicking your mouse on the location of the map you’d like to visit. One difficultly which is most notable in your first playthrough is that it can be difficult to determine what elements of the map are key compared to filler that while amusing to interact with aren’t vital to the story. These will leave you likely approaching every single object which despite the fantastic humour does get a little tedious to your progression.

Alongside movement and interaction the final pillar of gameplay in Nepenthe is through the combat system. For those familiar with Undertale you’ll recognise the concept which requires players to dodge incoming attacks in a bullet hell style mini-game. Nepenthe does a wonderful job of offering variety in this area by providing the majority of enemies multiple attack patterns while also ensuring these patterns are unique to each enemy type. Provided players take up the majority of optional battles to maintain a reasonable character level (and thus max HP) most battles are beatable with patient analysis of attack patterns and reflexes although a small number of patterns can be cheesed.

In order to retaliate players will need to carefully time button presses and sequences with perfect timing rewarding large critical hits to overcome enemies. Like many things in Nepenthe though the most direct path is not always best with options to rest for a turn to heal injuries which allows for additional dialogue and sometimes alternatives to battles entirely. Items round out the battle experience either accumulated from the game world or purchased with a focus on recovery items but also includes things such as teddy bears. 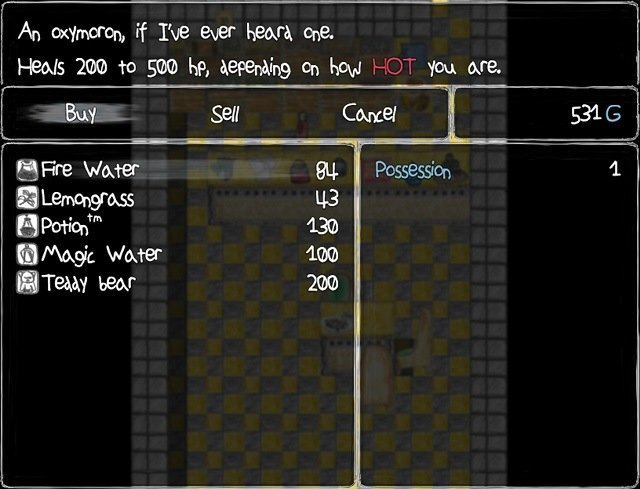 Replayability is ultimately where Nepenthe thrives the most with secrets, puzzles, side quests and strange interactions to uncover across multiple playthroughs pushing your total game time up to the 5-6 hour mark, a significant increase over the 1 hour single playthrough time. Alternative RPG fan or not Nepenthe’s weird and hand drawn world is enchanting.

This review was first published on August 11, 2019. Read our update policy to learn more.