Never Alone (Kisima Ingitchuna) takes an interesting setting and transforms it into a compelling video game focused on story and puzzle gameplay across a total of 8 game chapters. With a strong atmosphere blending with puzzle and platform mechanics Never Alone tells an insightful story of Alaska Natives that itself had development input by Indigenous people. Following initial release the game has grown the number of available platforms while also releasing a single expansion pack, Never Alone: Foxtales which adds additional levels and story content. 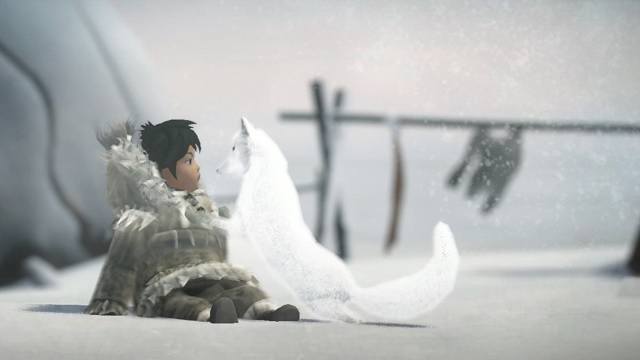 During the adventure presented in Never Alone players will play play as a young Inupiat girl called Nuna and an artic fox as they assist each other to make their way through the harsh artic environment to ultimately find the source of the eternal blizzard. This journey will take you across the frozen tundra, into polar bear dens, underwater caverns and many more atmospheric locations that are based on realistic locations from the environment.

As your adventure progresses in Never Alone players will learn more about Alaska Natives through the in game storytelling and extra video insights which feature elders, storytellers and other members of the Alaska community to educate and guide your adventure unlocked. These are undoubtedly a nice bonus and well produced but you can’t help but think that having them introduced outside the core gameplay does mean they are a little disconnected from the whole experience. Those that do dive into them will find their experienced significantly enhanced though as they support the intergenerational transfer of wisdom theme that Never Alone is seeking to capture. 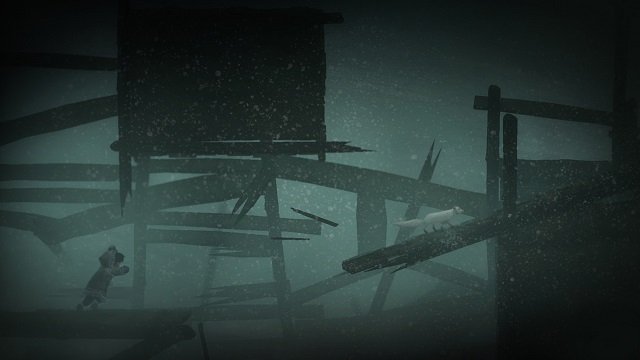 In terms of actual gameplay the platforming and puzzle elements of Never Alone are fairly standard for the genre although these take place in a setting not generally explored by the video game industry. Fundamentally players will switch control between Nuna and the fox who each have their own platforming and puzzle abilities that need to be utilised at the right time and place to advance. Nuna specialises in interacting with the game world with abilities that include a bola that can destroy objects, the ability to climb ladders and move environmental obstacles. While your arctic fox companion can sneak into small areas, scramble up the walls, jump to higher platforms and uncover spirits which can provide additional platforms for you to utilise.

With their complementing abilities players will use both the Iñupiaq girl Nuna and fox to get to the heart of the mysterious blizzard that seems unending and impacting on Nuna’s village. While players can switch between characters as they wish in single player Never Alone excels in the co-operative environment where you can have both characters moving at the same time which removes the need to rely on the AI to control the other party. While the AI does a reasonable job there are some moments that it can be frustrating and in general a co-operative partner allows you to share the experience together and move through the story more seamlessly. 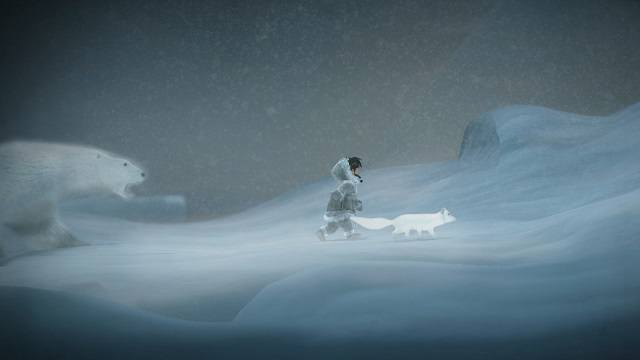 Ultimately Never Alone is a game with a striking visual style that explores culture in an interesting way through storytelling, platform and puzzle mechanics. With the impressive atmosphere that the game creates and the education it delivers you’ll find a rounded adventure.