Ni No Kuni blends action role playing with monster capturing to offer a great mixture of action and strategy. The game was originally released on the Nintendo DS in 2010 but didn’t receive an English release until 2013 which was for the PlayStation 3 platform under the name Ni No Kuni: Wrath of the White Witch (which this review focuses on) with a remaster in 2019 expanding game platforms further. 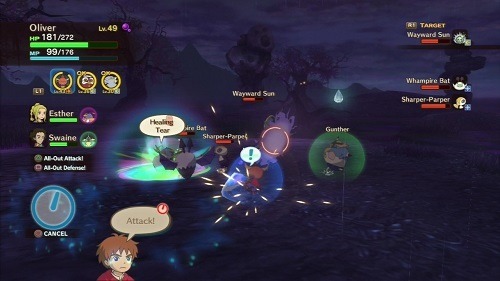 The PlayStation 3 version stays very true to the Japanese Nintendo DS version but expands on the gameplay to include a larger game world and more story elements. In the game players explore the world that is filled with villages, towns, dungeons and other dangerous locations as they complete various quests and tasks.

Combat is a common occurrence and will be the majority of gameplay that you experience. In combat you will control a human and a number of familiars. These familiars are creatures of magic that the players send out into battle against other familiars.

These companions gain experience, level up, evolve, have their own unique statistics and can equip items which allows you to create familiars that suit your combat style. Taming familiars to your cause is done through Esther and can chew up plenty of game time if you want to focus on that game aspect. 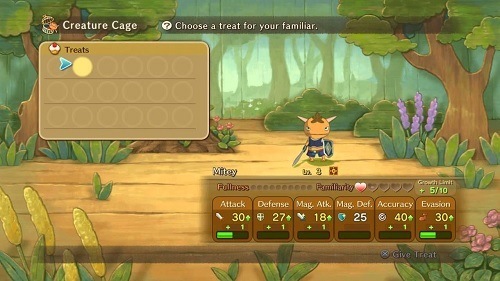 The story follows Oliver who goes through an adventure into a parallel universe. This universe is the home to the familiars that Oliver adopts to help him on his journey. Like most role playing games that come out of Japan the story plays a major role and is written the highest standard.

Ni No Kuni: Wrath of the White Witch has plenty to enjoy for fans of Japanese role playing games and has the slightest hint of Pokemon woven into its gameplay which has proven to be a successful and well loved combination.

Games Finder is a Steam Curator and featured in the aggregate review scores data of MobyGames and Neoseeker.
FEATURED ON
Games Like Final Fantasy, Games Like Kingdom Hearts, Games Like Pokemon
LEAVE A REPLY Cancel Reply