Nier crafts an interesting story for Xbox 360 and PlayStation 3 owners while pairing it with action role playing and hack and slash fundamentals. Following the story of two books, one good and the other evil Nier is designed for players to play through the story multiple times in order to fully grasp the story elements as new story related mechanics are introduced on subsequent playthroughs. While a PS Vita version was planned this was eventually abandoned and never released to the public. 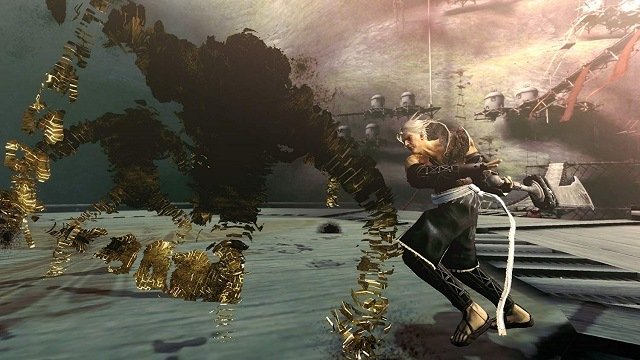 Set in a decaying world players control Nier as the main character of the story on his quest to save his daughter Yonah from the illness of the Black Scrawl. In order to do so you’ll team up with the talking book known as Grimoire Weiss and two companions Kaine and Emil to tackle the dark adventure ahead. In addition to curing the illness players will learn more about the game world and the Shade creatures that are recurring theme of the decaying Earth that Nier is set within while other foes such as robots and even animal monsters are also seen throughout.

Gameplay is reminiscent of other hack and slash video games with players exploring a wide game world where you’ll constantly encounter enemies to fight for loot and experience. Slowly in turn this will translate to increased power through items or talents providing that steady progression curve that the genre is known for. Nier goes beyond these basic fundamentals though with some puzzles and alternative camera angles coming into play during specific side scrolling or top down sequences to mix things up. 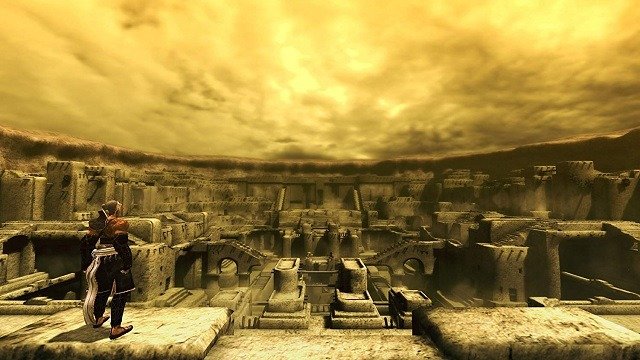 Special sequences aside though Nier is still fundamentally a role playing game with a huge collection of side quests that will have you completing little tasks for NPCs such as hunting particular monsters or delivering items to dangerous locations. The variety in Nier in this regard isn’t huge here and they rarely add much to the story or general lore. However, these quests do allow players a potential lever to game difficultly with extra side quests allowing for equipment and character levels that would require grinding to otherwise obtain.

This power is primarily gained through the upgrade system which allows you to forge or upgrade your various weapon types be it one handed swords, two hand sword variants or the spear. Forging requires a healthy amount of game currency and often monster parts that must be also bought or looted from dead foes. A magical spell system supports these physical weapons which are mostly tied to specific battles and then can be used provided you have sufficient magical resources which regenerate over time. 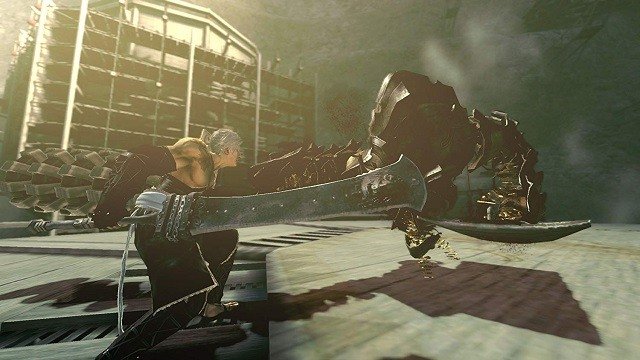 Most of this upgrading is done through forging and words which are learnt for defeating enemies in the game world and collecting the loot scattered around the world. For those that want a break from dungeon crawling the game also has farming and fishing for you to pad your wallets further.

The unique mixture of genres that Nier has capture is worth experiencing, particularly when paired with a strong story. It’s got some rough edges by the plot twisting story more than makes up for that.

This review was first published on May 17, 2013. Read our update policy to learn more.