Nihilumbra blends puzzles and platforming gameplay together in order to deliver an interesting and dark adventure game originally for iOS and now available on a range of platforms. Entering the game world as Born, a creature that comes from the nothingness that is the Void you’ll adventure out into the foreign land and advance through the story to understand yourself. 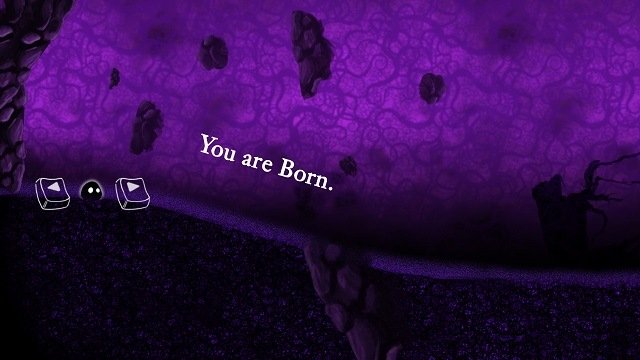 The Void wants you back though and chases you relentlessly around the world, refusing to stop until you rejoin the nothingness that created you in the first place. In a cruel twist of fate all the amazing places that you explore in the game world will be consumed by the void and cease to exist as it devours them in its hunt for you. Knowing that each stage will succumb to the void once you move past it gives Nihilumbra a sombre sense of progression.

Your journey through the world in Nihilumbra is narrated over by small sentences at each new zone which help to provide a backstory for your current situation and generally have dark undertones that pose some confronting questions about your existence as Born. With each location and brief sentence though you will learn more about the origins of both you and the Void and potentially something grander than both of you. 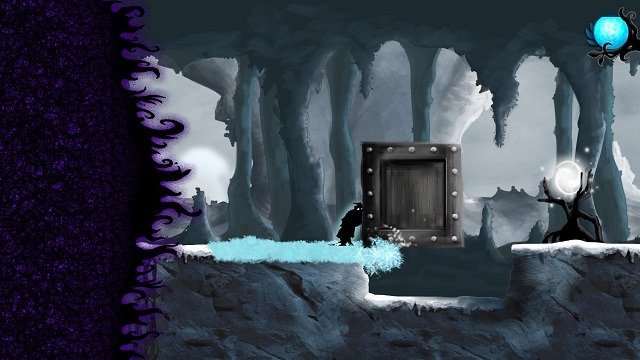 For the most part gameplay in Nihilumbra follows a fairly standard platform formula that is seen on mobile devices with players moving and jumping with Born over a number of separated game levels. While basic in design it feels right at home on the original mobile platform and despite ports to other platforms has managed to maintain this simplicity and responsiveness. Along the way Nihilumbra also incorporates a number of Void grown enemies that the player must avoid as Born has little power to dispose of them.

The core feature in Nihilumbra’s gameplay though to support the basic platforming is your ability to add colour to the game world which changes the way that the environment acts. In total Nihilumbra is split into five different areas that each have their own colour to unlock. Colours include blue which makes surfaces you paint slippery, green which makes objects bounce, brown which makes surfaces sticky, red which allows you to burn monsters and finally yellow which allows electricity to flow. 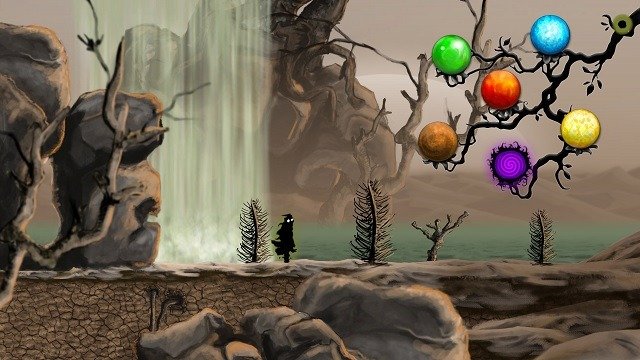 In order to succeed players will need to mix and match all of these colours together to solve a variety of puzzles that prevent them from moving forward and as far away from the Void as possible.

Games Finder is a Steam Curator and featured in the aggregate review scores data of MobyGames and Neoseeker.
FEATURED ON
Games Like Inside, Games Like Journey, Games Like Limbo, Games Like Ori and the Blind Forest
LEAVE A REPLY Cancel Reply