Explore the vastness of space in No Man’s Sky, an action-adventure with elements of survival and exploration that lets you explore the galaxy while encountering all sorts of strange life forms. Originally launched in 2016 on PC and PS4 with an Xbox One release in 2018 No Man’s Sky had a rocky launch but with long term commitment from the developer No Man’s Sky has terraformed from a broken promise into a worthy space exploration game. 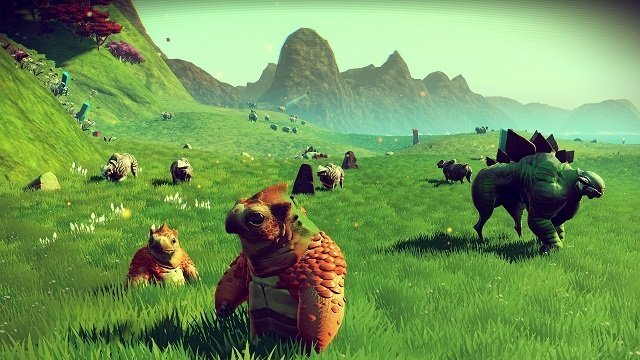 The basis for No Man’s Sky is exploration with an open universe that has billions upon billions of procedurally generated planets which spawn their own unique flora and fauna. By being the first to uncover these life forms you’ll be rewarded with in game currency for submitting it into the game Atlas that all players can access with bonuses for being the first to ever see such a creature.

In order to do so you’ll play from a first or third person perspective across the four game pillars of No Man’s Sky which are exploration (space and land), trading, survival and combat. While exploration and survival are unavoidable trading and combat are tweak-able to your preferred level with each system housing a space station for trading.

Players establish a role as a planetary explorer early on after crashing on their first planet with a list of spaceship components needing repair. This first random planet that you land on will be near the outer edges of the galaxy with No Man’s Sky encouraging players to try and reach the centre of the galaxy as a primary objective. Despite this background objective though No Man’s Sky is open for the player to drive the direction as they please. 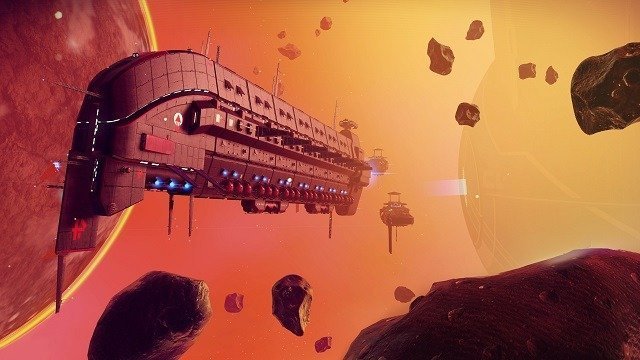 To assist you in making whatever the objective you decide to chase a possibility players are given survival tools such as the exosuit (jetpack included), a multitool for mining resources and an upgradeable ship allowing each venture in space to go further into your chosen direction through engine upgrades. Those seeking more gameplay outside of this high level objective (or to support its completion) can engage in the games trading and combat mechanics that can also prove highly profitable giving you an exponential increase in your exploration abilities.

With your ability to upgrade and improve upon your equipment and in particular your ship potentially more deadly locations can be reached which hide their own mysteries to uncover. This includes finding blueprints for extra upgrades, outposts of resources and even learning alien languages from stones on planets which enhances your ability to talk with hostile and friendly a like.

These stronger enhancements are designed to spawn closer to the centre of the galaxy but also pair with more extreme temperatures, deadly toxins and strange weather to enhance that risk and reward design of a typical survival game. With the procedural design though nothing is guaranteed with patient (and lucky) players may be able to score the occasional free lunch upgrade to propel your progress without significant risk. 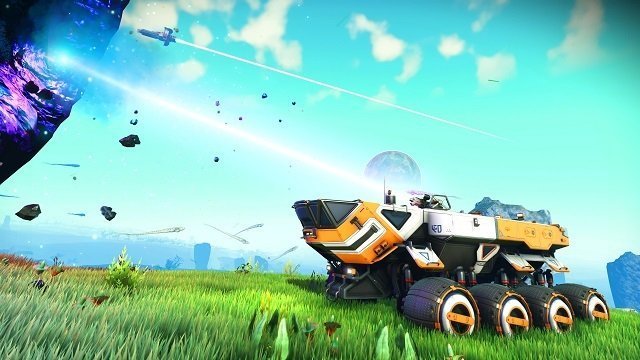 Other notable features of No Man’s Sky includes three alien races that populate the galaxy and trade with the player through each station in the system, alien bases, pirates, a wanted system and self replicating robots known as the Sentinels.

While No Man’s Sky won’t deliver you with constant action like other titles if you go in willing to explore the galaxy you’ll get quite the adventure which continues to evolve with each fresh release from the development team and likely will for some time.

This review was first published on April 21, 2014. Read our update policy to learn more.