Nords: Heroes of the North is Plarium’s next MMORTS adventure, taking the best parts of their other popular titles, tweaking the formula and adding a different setting the Nords is a challenging and visually pleasing addition to the saturated genre. 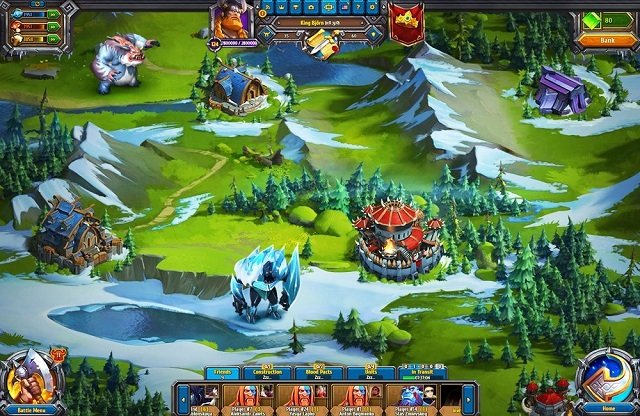 Nords: Heroes of the North takes place in the land of Shingard, a land that is on the edge of being plunged into an eternal winter by the evil Ice Queen and her army of the undead. Standing between her and this almost inevitable fate are the Northmen, Elves and Orcs which are the playable factions in this strategy title. Joining this faction also pairs you with an appropriately themed champion although both of these decisions are fundamentally a visual one rather than having a significant impact on actual gameplay.

From game start players will be captivated by the strong art style of the game and the professional voice acting which instantly puts it leagues ahead of other MMORTS titles with production values that are rarely seen in this genre. Plarium have clearly committed their resources and revenue from past titles to invest heavily in Nords: Heroes of the North being the next big title in their expanding line up. The question players will likely ask though is while it is a pleasing addition for your eyes and ears how does the gameplay stand up? 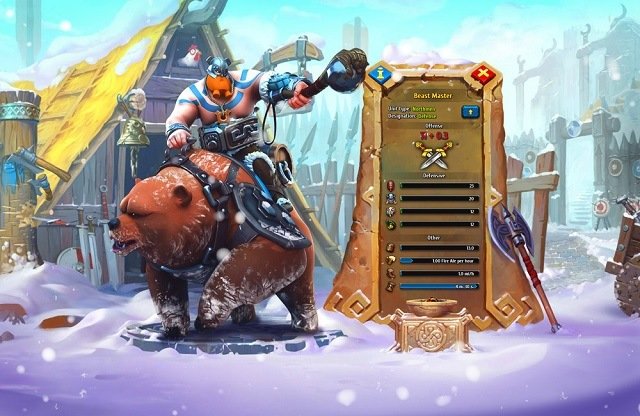 Gameplay is exactly in line with what you would expect from a MMO strategy game designed for PC/Mac through Plarium Play with players developing their settlement (with the noted visuals change based on your faction) while collecting resources, defending against attacks, constructing various structures, upgrading units and everything else in between. Ultimately it is par for the course but the high quality approach to graphics and visuals carries over here with Nords: Heroes of the North offering clear UI, ample statistics and unit variety to play with.

In addition to Nords: Heroes of the North offering all these game mechanics in pleasing and well-designed ways you’ll also find one or two sparks of inspiration. One such enjoyable addition is undoubtedly the champion system where players can equip the leaders of their army with various equipment pieces to give you that edge on the battlefield and provides some light RPG and item hunt systems to the base strategy elements. These pieces of equipment can be collected for successful battle campaigns with unwanted items broken down to improve your stronger items so you can always make progress in this department if luck isn’t falling your way. 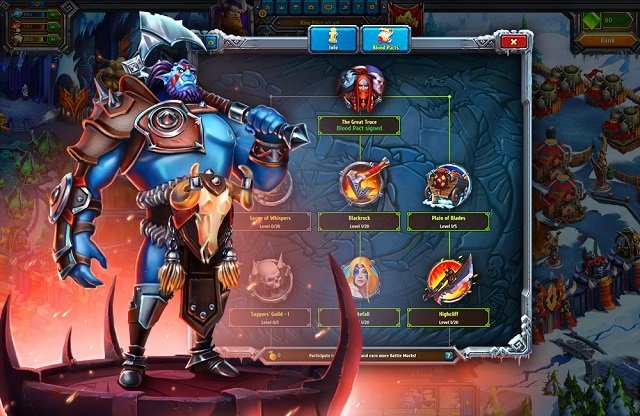 In a genre of often very dull copycats and rip-offs the level of production value across the board is well welcomed and a standard Plarium has clearly aimed to achieve in Nords: Heroes of the North. With high production values, a hint of RPG elements and all the other features you would expect to see in a MMORTS experience Nords: Heroes of the North is one of the stand out picks in an often disappointing genre.

Nords: Heroes of the North