NosTale (The Tale of Nomads of Silver Spirit) is one of the many free to play MMORPGs that has lived on for over a decade thanks to a dedicated community and it’s simple fundamentals that continue to be built upon as each year passes. Like many these foundations started in Korea in 2006 with later releases across other languages and servers to bring it to a worldwide audience. 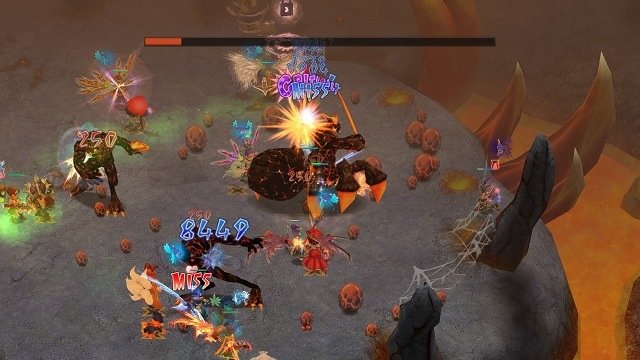 As is typical for the genre players start out as an average adventurer with your task in NosTale to prevent the revival of Fernon who wishes to plunge the world into darkness and chaos. It’s your standard MMO fantasy setup that you’ve seen in every MMO before and after it but provides the necessary framework and purpose to your continuous grind forward through levels, equipment and bosses.

Central to these bosses in NosTale is a commitment to group missions (known as raids) which has seen NosTale becoming a favourite for small groups of friends (made either outside or inside NosTale). With missions open to groups as small as 4 players with as many as 15 being able to tackle some missions the breadth of options caters to all styles and sizes of parties.

These parties will be filled with one of the 4 classes of sorcerer, swordsman, archer and martial artist that pull from fantasy MMO fundamentals and fill the usual party roles. From the sorcerer that is a deadly magic user, the durable swordsman with a high health pool and the archer that is capable of mobile critical strikes everyone has a role to play. Each of this is merely your first level of class though and further specialised as you increase both your job and main level and represented through specialist cards. 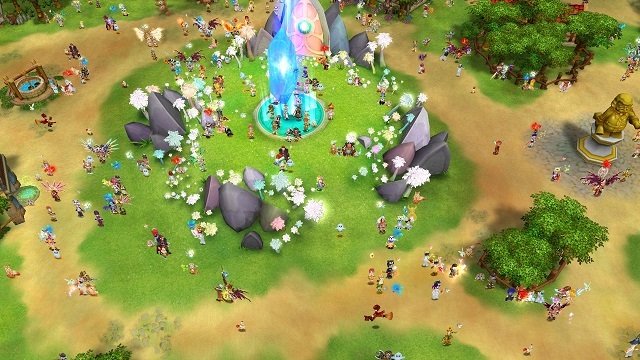 Everyone starts as a simple adventurer though and must reach level 15 before specialising into the aforementioned classes. For those that want to explore the martial artist class you’ll first have to reach the heights of level 80 with a character to control this fast fist based fighter.

There are plenty of other mechanics on offer in NosTale that ensure it is a completely rounded MMORPG experience but the most robust and unique of these is the pet mechanic which allows you to catch monsters from the game world and use them in battle. Other unique monsters cannot be acquired from the wild though and limited to shops or events. Pets can be given commands on how to approach combat and also gain new skills alongside players to make them a powerful ally in battle if used properly. 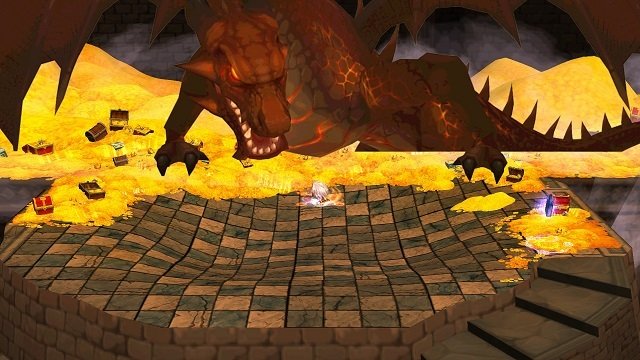 Taking this sidekick idea further NosTale also makes heavy use a of a Nosmates system where NPC characters that you encounter will follow you along your adventures which provides obvious combat boosts but also offers additional experience for doing so.

With the two pet and Nosmates systems working hand in hand your NosTale adventure has just enough flair to stand out against the myriad of MMO titles and been a key element of it’s ongoing nostalgic longevity.

Games Finder is a Steam Curator and featured in the aggregate review scores data of MobyGames and Neoseeker.
FEATURED ON
Games Like Aura Kingdom, Games Like Eden Eternal, Games Like Elsword, Games Like Grand Chase, Games Like MapleStory
LEAVE A REPLY Cancel Reply