Okami is a critically acclaimed action adventure title where players control the wolf goddess Okami Amaterasu through a story of Japanese mythology. Originally for PlayStation 2 and Wii in 2008 the game was reborn through a HD remake that expanded the list of available platforms. With beautiful presentation and an equally beautiful storyline Okami offers a unique Zelda inspired adventure. 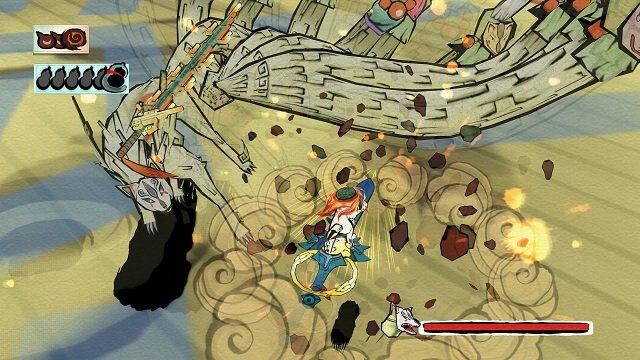 Drawing heavily from the tales of Japanese folklore players control Amaterasu who is the goddess of the sun and takes the form of the white wolf to explore the land below. Taking this form in order to remove a curse that has returned from hibernation for over a century players are confronted by the eight headed demon Orochi who is also the final boss battle of your story adventure.

With the Japanese inspiration this adventure takes place in Japan itself as players follow the trail of Orochi while fighting others that stand in the way and increasing their own power by locating the constellation gods that empower one of the primary game mechanics of the Celestial Brush. While on the surface Okami is a standard fantasy adventure of acquiring power for a final demonic battle the polished nature and unique Japanese lore allow it to stand out from the crowd of other action adventure titles. 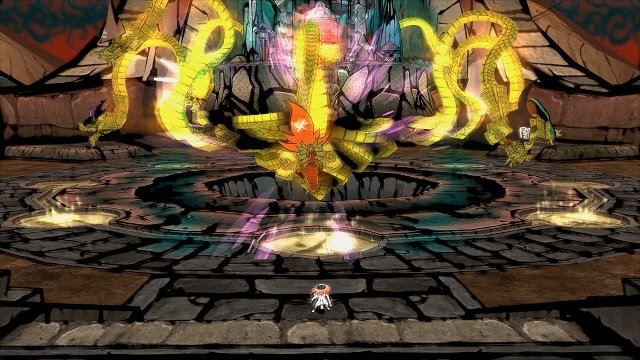 In terms of gameplay Okami delivers an experience similar to that of the broader genre with a mixture of puzzle, platforming and action battles. The game world is also what you would expect to see in a Zelda inspired game with a linear main storyline but a great amount of depth in side quest content for players to explore with the main world continually opening up to players as they acquire new skills. The overworld is where you’ll spend the bulk of your time exploring and is supported with dungeons that players adventure into and create a seamless adventure. Players can also impact this game world around them by restoring nature and animals by removing demons to restore balance to the game world.

When combat is required in Okami you’ll find it to be a fast paced offering which ties in perfectly to the wolf avatar you’ll be controlling. With great speed moving around the battlefield Okami has multiple ways to battle with players selecting from three different archetypes for both their main and sub weapon that alters their attack patterns. This includes the defensive focused reflector, the ranged rosary and the melee glaive variant with 5 increasing damage tiers available in each of the archetypes with further upgrades available through the rare gold dust resource. Consumable items and treasures can also be found during your adventure that can be used to assist in combat or sold for money to unlock an advanced fighting tactic from the various dojo locations. 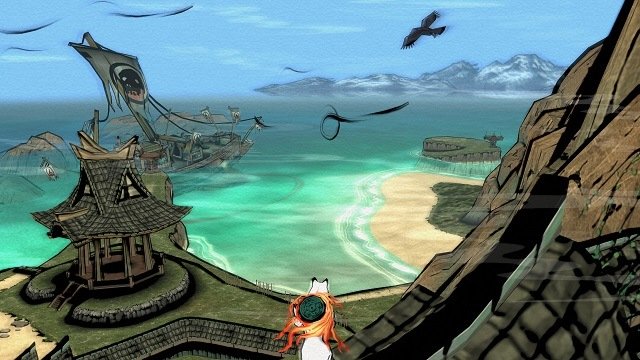 The real gem of Okami though is the Celestial Brush mechanic which players can access while the game is paused and are learned as you encounter the various Celestial Brush Gods that will each teach you a different power. Careful brush strokes are required for some of these powers which allow you to paint objects and can be a helpful tool in combat or puzzles. Examples include the players ability to create a bomb in battle, chop down the environment, create fire, paint new platforms for them to jump on and many other options.