One Piece: Pirate Warriors 3 takes the Dynasty Warrior formula and throws it into the One Piece universe. Similar to the previous additions in this franchise you’ll be able to play as all your favourites as you run through levels with thousands of enemies. 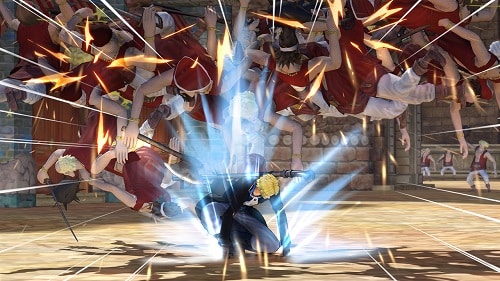 Packing multiple game modes there is no shortage of gameplay to be found within the game. The main mode is of course the most appealing to One Piece fans and follows the story closely, up to the recent point in the manga. Beyond this players also have the free log to replay their favourite missions, the dream log where battles are more random but just as thrilling or the online mode with co-operative options.

The game is overwhelmingly similar to the previous games particularly in the early stages where missions are comparable to the first instalments. This is a great opportunity for those new to the franchise though as it means you’re not missing out on anything.

There are still enough elements for die hard One Piece or Dynasty Warrior fans though such as extra characters, stronger graphics, better animations and improved overall gameplay. This crisp gameplay has you exploring quite large levels as you force your way through waves and waves of enemies that are generally quite easy to dispatch. 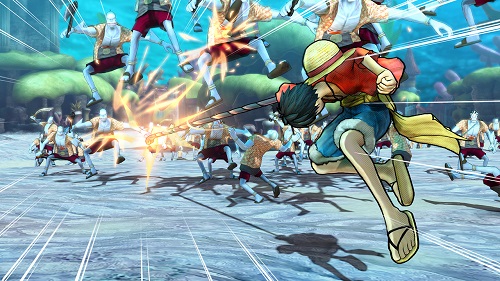 One particularly useful feature for these battles which is new to One Piece: Pirate Warriors 3 is Kizuna Rush which lets you summon other friendly characters to join the fight, these summoned allies also enhance your finishing attacks.

While One Piece: Pirate Warriors 3 will only appeal to two distinct audiences it knows them well, delivering exactly what they crave, endless action with their favourite characters.

Games Finder is a Steam Curator and featured in the aggregate review scores data of MobyGames and Neoseeker.
FEATURED ON
Games Like Dynasty Warriors, Games Like Mortal Kombat
LEAVE A REPLY Cancel Reply