Order and Chaos Online is a MMORPG that calls the iOS, Android and Windows Phone platforms home. The game was released in 2011 and for a portable title definitely has a lot to offer. 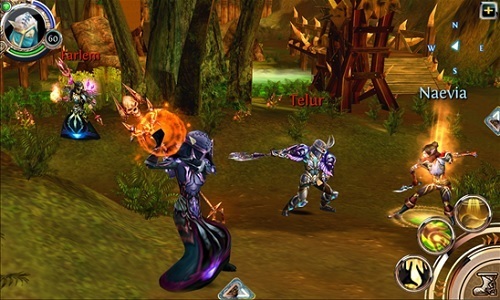 The game is a very simple experience as you would expect from a game for these platforms but Gameloft has managed to find a good balance of simplicity that it doesn’t feel too dumbed down to enjoy.

The story is fairly straight forward and has players either fighting for the side of Order (human and elf) or Chaos (orcs or undead). Alternatively players can choose to play as the neutral race of Mendels. Depending on your race decision you’ll be given a different starting location and lore background like most big MMO titles.

On top of your race players can also select their gender and one of the four available classes (mage, ranger, warrior and monk) which are available regardless of the character race that you select.

Mages are the ranged damage class choosing to focus on fire or ice based damage. Rangers can specialise in either ranged or melee damage which lets them double as the rogues of the game. The Warrior can choose to lean towards dealing massive melee damage or being a durable and tanky fighter. While the monk is the only class with healing abilities in the game and plays similar to a Paladin. 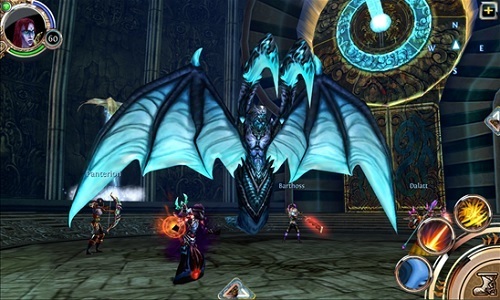 The amount of content that Order and Chaos Online has to offer is extremely impressive with over 1000 quests, over 2000 pieces of equipment and over 1000 skill options.

Order and Chaos Online might come up a little short for the hardcore MMO fan but for the casual player wanting something that can be played on the go it is hard to pass up the experience on offer which comes at a very reasonable one time purchase.

Games Finder is a Steam Curator and featured in the aggregate review scores data of MobyGames and Neoseeker.
FEATURED ON
Games Like Flyff, Games Like World of Warcraft
1 COMMENTS
LEAVE A REPLY Cancel Reply